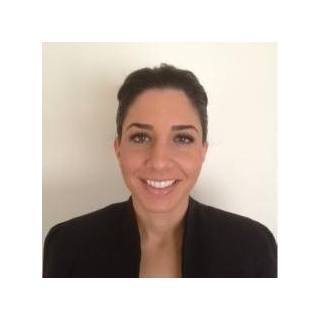 Madana Hermiz has received the following accolades and awards: -Rising Star, from SuperLawyers -2013 Client's Choice for Divorce, from AVVO -Top 40 under 40, from the National Trial Lawyers -Top Women Attorneys, HOUR Detroit Madana Hermiz attended the University of Nevada, Las Vegas William S. Boyd School of Law, graduating with honors. She was a member of the dean's list and earned a position as one of twelve on the moot court team, the Society of Advocates. Before establishing HermizLaw, Ms. Hermiz worked at the Federal Public Defender's Office of Nevada in the non-capital habeas unit where she wrote pleadings to the U.S. Supreme Court of the United States, Ninth Circuit Court of Appeals and U.S. District Court of Nevada. Ms. Hermiz also spent time at Michigan's State Appellate Defender's Office, the Wayne County Prosecutor's Office, the U.S. Bankruptcy Court in Las Vegas, and Holland and Hart, LLP. About HermizLaw When we embarked on HermizLaw, our goal was to revolutionize the way everyday people received legal services. We started from scratch and built this firm with the client in mind. Everything we do stems from that focus. Itâs simply not enough to say weâre different; it just wouldnât do us any justice. To learn what weâre all about, check out the foundational elements that highlight the essence of a HermizLaw attorney. Only Excellence Will Do Excellence [ek-suh-luhns] (noun): 1) The state of being outstanding or extremely good. 2) The quality of excelling or being exceptionally good that so surpasses normal standards; extreme greatness; superiority 3) An action, characteristic, feature, etc, in which a person excels Itâs pretty self-explanatory. We promise all this and more. Client Focused Without you, there is no us. Thatâs why we have built HermizLaw on the founding principle that every client relationship is like a partnership. We work together in an environment built on respect, trust and faith with open lines of communicati

Extern
Federal Defenders of Nevada
2011 - 2011
Worked in the non-capital habeas unit where I wrote pleadings to the U.S. Supreme Court of the United States, Ninth Circuit Court of Appeals and U.S. District Court of Nevada.