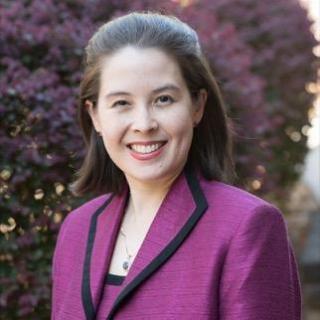 Lisa S. Johns obtained her undergraduate degree from the University of Memphis and her law degree from the University of Mississippi School of Law. During her undergraduate years at the University of Memphis, she majored in International Studies and studied abroad for two semesters at the Nagoya Gakuin University’s (NGU) Institute for Japanese Studies in Seto, Japan. She concentrated in the areas of Japanese language and culture through this one year intensive program. She also traveled throughout the country and taught English to private students. Ms. Johns maintained a busy schedule during her undergraduate years, working full-time upon returning home from Japan, while carrying a full course load, and graduating magna cum laude.

During law school, Ms. Johns served as an articles editor for the Journal of National Security Law and was a member of the International Law Society. She received the Outstanding Student Award in International Commercial Arbitration for her excellent performance in that class. She also worked for several years in the law school admissions office.

Upon her graduation from law school, Ms. Johns served for one year as a law clerk for a presiding Justice on the Mississippi Supreme Court in Jackson, Mississippi. During that time, she assisted in preparation and research of legal opinions, honing her research and writing skills. She joined Nahon, Saharovich & Trotz in 2001. Ms. Johns was named a Super Lawyers Rising Star by Law & Politics magazine in 2008, 2009, 2010, 2011, 2012, and 2013. As an attorney, she handles many cases involving minor children injured as a result of negligence and helps in pursuing their cases to finality through the court process. Ms. Johns’ article regarding court approvals of personal injury settlements for minors was published in the Mississippi Bar Journal in 2009. She is licensed to practice law both in Tennessee and Mississippi.