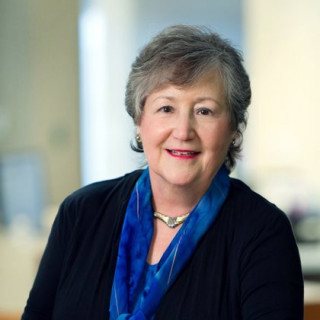 Linda Schwartz is a senior member of the Professional Ethics & Discipline, Estate Planning, Estate & Trust Administration, Corporate, and Real Estate practice groups. She has considerable experience in complex real estate and commercial transactions, business planning, executive succession planning, and estate planning and administration for both U.S. and non-U.S. citizens. For more than 30 years, she has served as counsel to prominent national, regional and local developers and business owners. In 2006, she was elected to the American College of Real Estate Lawyers.
Throughout her legal career, Linda has been active in public service. She is a former Assistant Attorney General of Maryland and was appointed in 1997 by the Court of Appeals of Maryland to serve, and continues to serve, as a member of the State Board of Law Examiners. She also served as a member of the Character Committee of the Court of Appeals for two terms (1985-1990 and 1997), and was a member of the Inquiry Panel of the Attorney Grievance Commission of Maryland from 1985-1989.
She has contributed significantly to the advancement of legal ethics as a member of the Committee on Ethics of the Maryland State Bar Association (MSBA) for more than two decades, including two years (2005-2006) as the chair of that committee. She also was appointed to the MSBA’s Ethics 2000 Committee, the Multidisciplinary Practice Task Force and the Ethical Considerations Subcommittee of the Committee on Lawyer’s Opinions in Commercial Transactions (1989). She has taught legal ethics as an Adjunct Professor of Law at the Washington College of Law, American University and has consulted with numerous law firms and attorneys, frequently being asked to serve as an expert witness in both real estate and professional conduct matters. A frequent lecturer, Linda has made presentations to both professional and general audiences on the wide range of topics within her areas of concentration.

Montgomery County Bar Foundation
Member, Board of Directors; subcommittees on leasing and financing of Foundation headquarters and formation of endowment (1990-2010)
Current