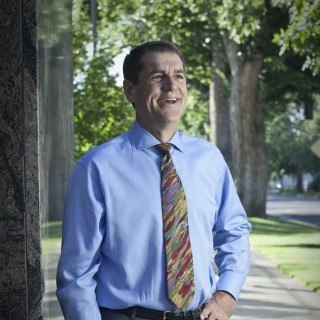 Idaho Trial Lawyer of the Year for 2011, Kurt Holzer is a past President of the Idaho Trial Lawyers Association. He is AV rated by Martindale Hubble and has received a 10 from the AVVO rating service. As trial counsel, Kurt has obtained several jury verdicts in excess of one million dollars. A member of the Idaho State Bar since 1992 and a member of the Board of Directors of the ITLA since 1997, Kurt currently serves as co-chair of its Governmental Relations committee. He is a former Idaho representative to the American Trial Lawyers Association. He has served multiple terms as a member of the Professional Conduct Board of the Idaho State Bar. Kurt worked with legislators and other groups to obtain passage of Idaho's landmark Small Lawsuit Resolution Act. He has published a number of articles on trial preparation and litigation skills as well as a study on Idaho jury behavior.

Cooperation Collegiality & Mentoring- What it Means to be a Lawyer, ITLA Newbie School, University of Idaho LAw School-Boise
November 6, 2016
ITLA

Boise Idaho Personal Injury: Choosing an Injury Lawyer All You Need to Know

Choosing an Injury Lawyer- All You Need to Know

Medical Bills and injury cases more complex than it should be

Q. Daughter died in motorcycle crash. She has 3 kids my other daughter and husband have custody and care of. Who files?
April 14, 2019
A: First, I am so sorry to hear of this tragic loss. As to the law, wrongful death claims in Idaho are controlled by Idaho Code section 5-311. Under that statute, the children and you as parent all have wrongful death claims that can be pursued. Generally claims can either be brought by the personal representative of the estate of the decedent or individually by the various claimants. In this case, the claims of the minor children can be brought by their legal guardians. You can learn more here https://hepworthholzer.com/practice_areas/wrongful-death-attorneys/

Q. Can I go back to the insurance company and renegotiate my settlement - am finding the money doesn't cover care.
November 26, 2018
A: Generally speaking the answer is no. The whole point if a settlement is that you release the claim. Insurance companies often try to get people to settle for less than a claim is worth and that is one of the reasons to have a good attorney involved in evaluating your case in the first place. There is some Idaho law that will allow a person to rescind a prior settlement in very limited circumstances.