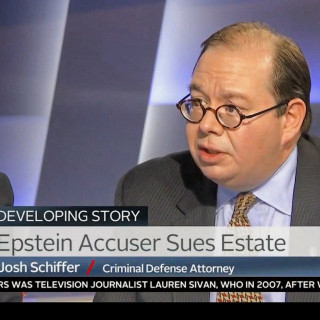 "We Won!!" was not something Josh heard a lot as a kid.

Never the sportiest fella, East Cobb, Georgia didn't inspire him to a sportsball career despite his innate athletic ability. Graduating from The Walker School Josh went North, to Clark University, MA (Hippies and folks from New York, and SO MANY international people!). Chasing young love back to Georgia, Josh graduated from Georgia State University College of Law in 2002 without any honors. He was on Mock Trial and did Moot Court, though. And was fun.

Josh clerked in Cobb Superior Court (A. Grubbs), closed real estate during the boom, and then figured out that Talking was what he really liked so Josh became a PD. LOVED IT, but it was awful to participate in a system that was so broken.

in 2007 Josh graduated from Gerry Spence's Trial Lawyers College in Wyoming (www.triallawyerscollege.com/), quit working for the State and hung out a shingle. Wandering Solo was a bore, so Doug Chanco (former #JerkProsecutor Josh fought with all the time) argued with Josh to partner with him, and Doug won.

ChancoSchiffer solely represent's individuals and plaintiff classes from offices in Buckhead, Atlanta, GA and Charlotte Amalie, St. Thomas, USVI. Measuring Southern legal roots by Generations, ChancoSchiffer is uniquely positioned to represent and assist clients with their most intimate and difficult Criminal Defense, Injury, and legal dispute cases throughout the United States and USVI.

The only firm in the East with three Gerry Spence Trial Lawyers College Graduates, ChancoSchiffer's national network of top-tier legal partners is unmatched and the firm proudly co-counsel's with many of America's most well known Criminal Defense, Personal Injury, Civil Rights, and Class Action firms. The President of the New York State Criminal Defense Bar through California's most exclusive Personal Injury Firms, the Best Lawyers in America use ChancoSchiffer for their clients.
______

Strength and Justice Through Time and Team
The Warrior
December, 2019

If you have been injured in an automobile accident in Atlanta, contact our experienced personal injury attorneys for a free consultation. Our firm has handled many car accident cases and...

If you believe that your civil rights have been violated, you need to hire an experience civil rights attorney. Our firm takes civil rights violations seriously and our goal is...

We handle all personal injury cases on a contingency fee basis. What that means is we only get paid if we win your case. There are no upfront cost to...

At ChancoSchiffer P.C., our job is to get you the best result and we do that while being conscious of the cost. We are only going to spend money on...

ChancoSchiffer P.C. is a criminal defense and personal injury firm in Atlanta, GA committed to helping clients get the legal representation they deserve. We take pride in the personal attention...

In Georgia, business and property owners have a responsibility to keep their premises safe from criminal activity for customers, residents, and visitors. If a property owner knew or should have...

Insurance companies care about their bottom line and are not looking out for your best interest. If you are not represented by an attorney, they will not offer you fair...

Our firm focuses on mental health specifically than a lot of other criminal defense firms because we understand that criminal justice and mental health connect in a way now that...

Q. If your ci for a drug task force and dhs comes in and they don't know it and your being drug tested
May 22, 2022
A: Get your handler to put instructions IN WRITING so IF there are negative consequences you have a built in defense. You may want to hire a private lawyer to assist you as the Cops will hang you out to dry more often than not.

Q. My sons charged for charges under a name with different middle name than the name of the accused and different inmate id
May 22, 2022
A: Scriveners issues and mistakes of this nature should not be ignored, as the State will just "create" an alias for him if this doesn't get corrected, and that will follow him for life. Get your sons lawyer to fix the error, as it will not prevent the State from prosecuting him in ANY way. "Wrong Middle Name" is not a defense.

Q. Should I have anything to worry about or that I will have to handle?
May 22, 2022
A: All depends on the investigation and what turns up. You can also either sit silently OR actively participate, if you have an appetite or desire for that. If you may be criminally liable, advance cooperation can also be mitigation for when you face potential consequences. Generally I advise people to keep quiet and, if asked ANYTHING, they need to remain silent and lawyer up. Investigators are allowed to lie to you and ANYTHING you say WILL be used against you. They will twist even the most innocent statements. If you have ANY exposure, it is probably worth you spending a few bucks to talk with a LOCAL lawyer.