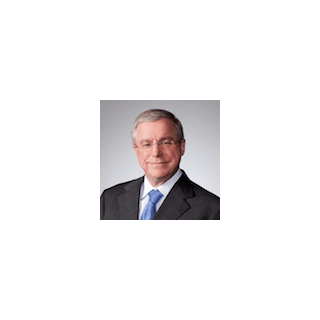 Joseph A. Power Jr. is one of the founding partners at Power Rogers & Smith. A graduate of the University of Notre Dame and Loyola University, Mr. Power has practiced law for almost 40 years. He has worked on groundbreaking cases throughout his fruitful career in law, and at 28, he became the youngest lawyer in the nation to obtain a million-dollar-plus verdict for his client. He has been listed in the Best Lawyers in America every year since 1987, was named one of the “Top Personal Injury and Consumer Lawyers” by Leading Lawyers Magazine, and is a member of the Inner Circle of Advocates, an invitation-only organization of the nation’s top 100 plaintiff’s lawyers.

Northern District of Illinois
Since 1977

One of Top Ten Lawyers in Illinois
Super Lawyer Magazine
2009

Citizen of the Year
City Club of Chicago
2003

Medal of Excellence
Loyola University of Chicago School of Law
2003

Special Commendation Award
Civil Justice Foundation
2000
for uncovering and disclosing the trucking license for bribe scandal in the Office of Secretary of State which resulted in 76 criminal convictions including the former Governor.

Attorney Joseph Power Jr. has never lost a medical malpractice case. These are some of the most difficult cases to handle, in part because the defense loves to focus on...