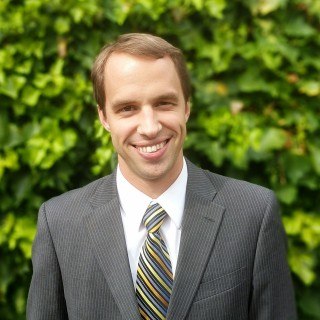 Jordan Couch is a dedicated advocate for those in need. His commitment to helping people both in and out of the courtroom is what brought him to Palace Law.

Jordan grew up in the prairie land of eastern Montana. After high school he moved to Maryland where he obtained his bachelor’s degree in Liberal Arts from St. John’s College. From there he travelled to Indiana and graduated from Indiana University’s Maurer School of Law where he was awarded membership in the Order of Barristers. While in law school Jordan worked for NASA and clerked for judges in the Maryland Court of Appeals and the Federal District Court for the Western District of Washington. He also managed and litigated cases for a pro bono organization that provided assistance to victims of domestic violence, sexual assault, and stalking. Through each of these roles he gained valuable experience in a wide array of legal fields and honed his skills as a courtroom advocate.

Jordan moved to Washington in June of 2015 and put his skills and experience to use helping injured workers. He knows his way around the complex legal system and enjoys working with his clients to help them obtain the benefits they deserve.

Outside of the office, Jordan is heavily involved in the legal community. He volunteers at local law schools and teaches courses to other lawyers. In his free time, Jordan is usually outside. You might see him at a concert or in the wilderness, hiking, fishing, skiing, and diving his way through life.

Tools for Streamlining and Automating Your Law Practice
Sound Immigration
2017

Additively Manufacturing a Better Life: How 3D Printing Can Change the World Without Changing the Law
Gonzaga Law Review
2016

The 3 Rules of Contract Drafting
ContractRoom
2015

Tools for Streamlining and Automating Your Law Practice, The New, the Tried and the True: Balancing Client Needs with Your Priorities, Seattle, WA
January 15, 2017
Washington State Bar

Palace Law is focused on staying ahead of the curve in legal technology and using that edge to better serve clients. See how Clio helps them achieve both.

An immigrant's right to workers comp. in Washington State

We sit down with attorney Jordan Couch of Palace Law to talk about whether immigrants can apply for worker's compensation in Washington State. Jordan can be reached at www.palacelaw.com.