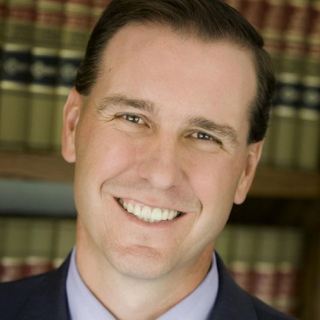 John grew up in Bloomington, MN and graduated from Jefferson High School in 1985. He attended Mankato State University on a football scholarship before attending Indiana University School of Law and receiving his JD with honors in 1992. He moved his office to Burnsville, MN in 1994 and has remained in the same location for over 20 years. At Burns Law Office our practice is limited to family law matters such as divorce/separation, child custody, child support, father's rights, alimony/spousal maintenance, prenuptials and related matters. John is one of the most respected and experienced attorneys in divorce appellate law throughout the state of Minnesota. He has successfully argued more than 60 cases to the MN Court of Appeals and the MN Supreme Court as well as countless motions, trials and contested matters in district court. John handles complex and high-conflict divorces, high-asset cases, hidden accounts and property investigation matters, protection of business assets, and contested child custody as well as many straightforward and amicable divorce resolutions. He practices primarily in Dakota, Scott, Hennepin, Ramsey, Washington and Carver counties but takes cases throughout the state. John has received many awards including SuperLawyer, Who's Who in Family Law, Avvo Legal's Customer Choice Award, Dakota County Heroes Award, and is rated BV by Martindale Hubble. He is past-president of the Dakota County Bar Association and the 1st Judicial District Bar Association while also serving on the 1st District Ethics Committee since 1993. In his free time, John likes traveling and perfecting his chili recipe. He coaches youth sports and cheers for the Vikings and Timberwolves. He has completed over 15 marathons including the Boston Marathon and dozens of triathlons capped off with the Hawaii Ironman.

Who's Who in Family Law
Law and Politics
2003