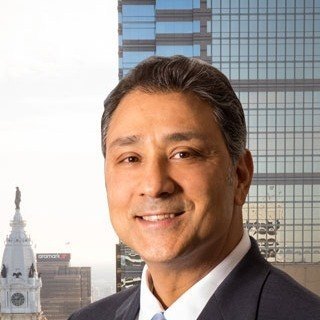 JOHN P. DOGUM is a partner at Martin Law. He has concentrated his practice on litigating Pennsylvania workers’ compensation cases since 1992. Before joining the firm to protect the rights of injured workers, he was a partner for a major Philadelphia defense firm where he represented Fortune 500 companies and major insurance carriers in workers’ compensation litigation for more than a decade. In the spring of 2014, Mr. Dogum became a certified specialist in Pennsylvania Workers’ Compensation by the PA Bar Association’s Section on Workers’ Compensation Law as authorized by the PA Supreme Court. Mr. Dogum often gives presentations to interested parties, including other attorneys, on the topic of workers’ compensation on the state and national level. In the past, he has served as consultant to major insurers in addition to frequently appearing before Workers’ Compensation Judges in the Eastern region of Pennsylvania. Mr. Dogum has argued a case of first impression before the Third Circuit Court of Appeals. He has also litigated claims under the Federal Longshore and Harbor Workers’ Compensation Act. Mr. Dogum has been listed as a Pennsylvania Super Lawyer since 2009 as well as a Top 100 Philadelphia Super Lawyer in 2009. He has been listed as a Best Lawyer since 2013 by Best Lawyers in America.