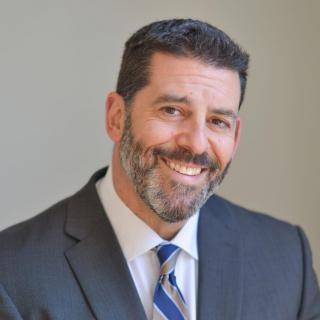 Dedicated to one area of the law... and to every one of my clients.
Badges
Claimed Lawyer ProfileSocial Media
Biography

At the Law Offices of John P. DiBartolo, Jr. we handle only personal injury cases. By focusing on one area, we devote ourselves to following closely: recent jury trends, new developments in the law, and changes in insurance company practices. We are committed to the singular pursuit of the best available compensation for people who have suffered injuries through the fault of another. John was born in Queens, NY and raised on Long Island. He attended St. John the Baptist High School and then the University of Rhode Island on a football scholarship. Upon graduating with a B.S. in Business Administration in 1989, John worked for a major national insurance company as an insurance adjuster. Given his past experience as an insurance adjuster, John knows the claims process inside and out. John received his J.D. from Albany Law School in 1995 and has since dedicated his professional life to representing people who have been injured. John is admitted to practice law in both New York and Massachusetts. After working for 6 years at a small law firm in Northampton, Massachusetts that limited its practice to personal injury law, John went into solo practice in 2001. John opened the Greenfield office in 2004 and the Northampton office in 2006. John is a member of the Hampshire County Bar Association. He has been a lecturer for the Massachusetts Bar Association (MBA), Massachusetts Continuing Legal Education (MCLE) and Massachusetts Academy of Trial Attorneys (MATA). John currently sits on the Board of Governors for MATA, the Advisory Board of the Pioneer Valley Ballet and is an assistant football coach at Northampton High School. Active in the community, John has been involved with a number of local charities and recently retired from the Board of Directors for the Northampton Survival Center after 10 years. In 2008, John received the Massachusetts Bar Association Community Service Award.

Massachusetts Academy of Trial Attorneys
Board of Governors
Current