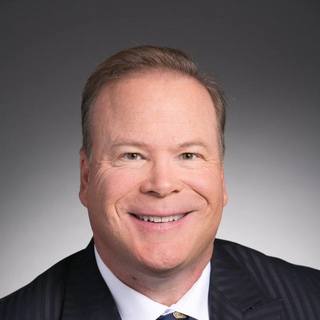 John received a Bachelor of Arts degree in English from Brigham Young University followed by a joint Juris Doctor and Master of Business Administration, also from Brigham Young University. John practices exclusively in the area of plaintiff’s personal injury, with special emphasis in the handling of medical malpractice, brain injury and wrongful death cases. In 1997, he became a member of the Million Dollar Advocate Forum, a prestigious group of attorneys nationwide who have obtained a verdict or settlement in excess of a million dollars. John’s most notable case was a $19.5 million verdict in 2001, where he teamed with partner Steve Baker on behalf of a lovely young lady who suffered a catastrophic brain injury after being hit by a Republic Silver State garbage truck. John has served as a member of the Medical Dental Legal Screening Panel of Southern Nevada, and the Southern Nevada Disciplinary Panel of the State Bar of Nevada. He is also a member of the following organizations: Clark County Bar Association, Nevada Justice Association, American Association for Justice, Nevada Society of Italian American Lawyers, the Western Trial Lawyers Association, and The Nevada Law Foundation. Recognized for his commitment to excellence and success, John was named a 2010 and 2011 Mountain States Super Lawyer.