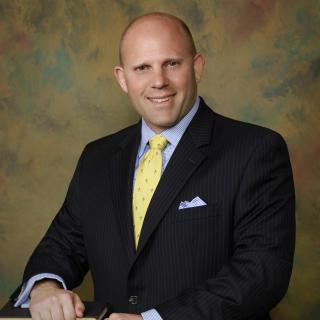 John joined the Joubert Law Firm team in 2013. The son of a computer engineer, he was born in Kansas, but was raised in Kansas, Colorado and finally, North Carolina. John attended the University of North Carolina at Chapel Hill, where he received his undergraduate degree in Political Science with a History Minor in 1994. He then studied law at the UNC School of Law at Chapel Hill, earning his Juris Doctorate in 1999. John then moved to Louisiana with his wife, Melissa Boyle Jacobs, who grew up in Baton Rouge, but attended UNC-Chapel Hill on a soccer scholarship as an undergraduate. Before joining Joubert Law Firm, John worked as an insurance defense attorney for over 13 years. John draws on his years of insurance industry knowledge and tactics to prosecute claims against the same insurance industry he labored for, providing insightful legal advice and achieving maximum recovery value for his clients. John has tried numerous cases in the State and Federal courts in Louisiana over the course of his career, including Judge and Jury trials. He handles car wreck cases, including wrongful death and drunk driver cases, motorcycle wrecks and 18-wheeler crashes.