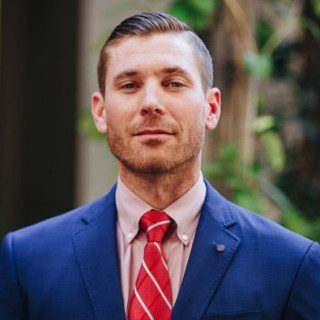 Jesse Bablove is a personal injury attorney practicing in Southern California with the team at Kohan & Bablove LLP. Jesse Bablove has years of experience dealing with injury claims, which may include motor vehicle accidents involving cars, motorcycles, and trucks; construction accidents; nursing home abuse; and many other accident types.

Attorney Jesse Bablove started his journey to become a personal injury lawyer following his graduation from the University of Oregon with his Bachelor's degree, followed by his J.D. degree from the Chapman School of Law. Then, Jesse Bablove began practicing law with some of the best defense attorneys on the West Coast.

After this experience, Jesse Bablove turned his focus to injury victims. After spending so much time defending insurance companies and Fortune 500 companies, Jesse Bablove brought his insider knowledge to represent injured people in need of compensation.

Jesse Bablove has also been recognized and received awards for his efforts in the courtroom. Attorney Bablove has received the Super Lawyer Rising Star designation for 2016, 2017, 2018, 2019, and 2020.

Jesse Bablove isn’t solely focused on the courtroom—he’s also a skilled mediator, settling nearly 100 cases during his time as a participant in the Chapman University’s Mediation Clinic. There, he honed his ability to negotiate the best outcome for his client, without taking their claim to the courtroom. That experience has saved his clients’ time and energy that they would otherwise need for the courtroom.

Today, Jesse Bablove is ready to take on claims like yours, starting with a free consultation. Jesse Bablove and the other attorneys at Kohan & Bablove LLP understand what a dire situation you’re in after a serious accident. That’s why they offer free consultations, with no fees until you get paid. They also offer to cover your medical expenses, which can take significant stress off your shoulders when you’re hurt and suffering.

How Do Attorneys Help with Medical Bills?

Jesse Bablove explains how his firm not only review every medical bill that comes in, but how they also negotiate to reduce every bill so that clients go home with...

Founding partners Nick Kohan and Jesse Bablove talk about what motivates them to do their best for each client.

What Do to After a Work Injury

Jesse Bablove talks about the importance of seeking out a personal injury attorney when you've suffered a serious work injury.

What to Do Right After a Car Accident

Jesse Bablove of Kohan & Bablove, LLP, talks about how to protect yourself right after a car accident.