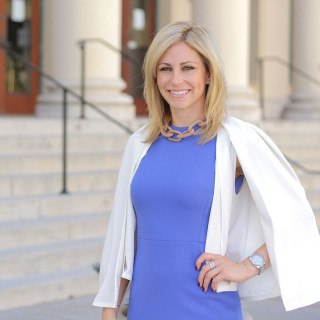 Jennifer Goldman graduated with a degree in Criminal Justice Administration from the University of Arizona. Following the completion of her degree, Ms. Goldman went on to earn her law degree from Thomas Jefferson School of Law. While attending Thomas Jefferson School of Law, it became clear that Ms. Goldman’s talents strongly shown in trial advocacy. She was a member of both the Mock Trial team and distinguished Moot Court where she participated in numerous trial advocacy competitions. Ms. Goldman accepted an internship position at the San Diego County Public Defender’s Office: Multiple Conflicts Office, Major Cases, where she assisted on several high profile murder trials.

Upon passing the California Bar Exam, Ms. Goldman worked for a high profile criminal defense attorney in Santa Barbara. Subsequently, Ms. Goldman was also sworn in as a licensed attorney for the District of Columbia.

Ms. Goldman has been very successful in obtaining acquittals, dismissals, reductions of charges, and having DMV suspensions and revocations set aside.

Ms. Goldman’s goal for each case is clear: to maximize all legal options to obtain the most optimal outcome. Ms. Goldman strives to offer what a client values most in a lawyer: good judgment, founded on listening to what the client really wants and needs.