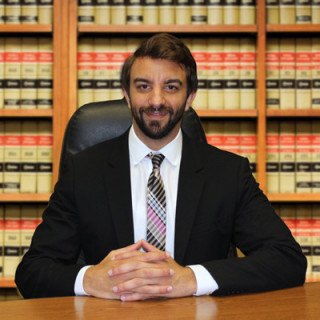 As the founder of the JLF Firm, Mr. Fayngor always knew that he wanted to fight for the rights of injured victims. People who were hurt through the negligence of others, only to be later told they were not hurt enough or their life was not valuable enough to warrant fair compensation. During his time at Whittier Law School, Mr. Fayngor worked at multiple personal injury based law firms, honing his skill and advocating on behalf of injured clients. This provided him with a wide range of experience and strategies that he draws from daily to help maximize his clients' recoveries.

Following his third year of law school, Mr. Fayngor began working as a Law Clerk for one of Orange County's most respected law firms. As a result of his unwavering work ethic and tenacity, soon after passing the California bar, he was hired as a full-time attorney. In addition to his professional achievements, Mr. Fayngor has received numerous educational accolades. Mr. Fayngor received CALI awards for the highest grade in Evidence and Criminal procedure while also completing law school an entire semester early. He took the bar exam before any of his classmates and he was admitted to the California bar even before he walked at his law school graduation.

How Successful are Personal Injury Claims
The JLF Firm
November 12, 2020

What Should I Include in my Personal Injury Claim?
The JLF Firm
October 13, 2020

How Do I Get Video Footage of an Accident?
The JLF Firm
September 15, 2020

Injuries to Children While Heading to and from School
The JLF Firm
August 18, 2020

The Importance of Medical Treatment after a Car Crash
The JLF Firm
July 18, 2020