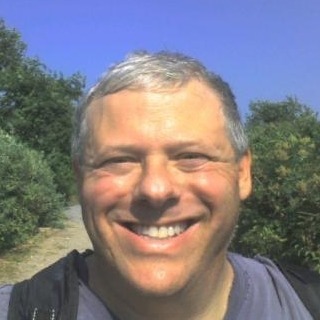 A Passion for Justice; The Experience to Win. My goal is to protect your rights to statutory mandated health care, for all NJ Workers, injured on the job. It is a basic HUMAN RIGHT!
Contact Jay H. Bernstein 24 hours at 201 519-6785 for a free consultation or call our office at 973-623-0100 to set up a free appointment in Newark N.J. *** Jay H. Bernstein manages the Workers' Compensation practice of Kirsch, Gelband, & Stone, in Newark N.J, specializing in Emergency Motions for Medical Treatment and Surgery, with hundreds of successful court orders for emergency surgery and medical treatment. His practice also includes Social Security Disabilty law and appallate practice (pro bono criminal constitutional law for the N.J. Public Defender).

Mr. Bernstein, who has practiced for nearly 20 years, has represented thousands of injured workers throughout New Jersey, and has been named by the Supreme Court of New Jersey as a Certified Workers' Compensation attorney, a distiction held by less than 5% of attorneys throughout the State.

Mr. Bernstein served as a legal clerk for the Ministry of Justice, State of Israel, in Jerusalem; a legal intern for Congressman Torricelli, in the U.S. Congress; and as a Legal Aid Attorney, representing homeless children and families in Trenton, N.J. Mr. Bernstein received a Commendation for Superior Performance from the Trial Defense Service of the United States Army, JAG Corps, Ft. Knox, Kentucky,

and a commendation for Volunteer Service in the First Gulf War from the State of Israel.

Jay is a an original founding member of the NJ Mass Disaster Legal Response Program, which has served families of the 9/11 Terror attack, and Hurricane and flood victims in the region, giving free legal aid and services.

Commendation by the Governor of NJ/ Pro Bono Volunteer- 9/11.
NJ Mass Disaster Legal Response Team: Sept 11 Terror Attack.
2003
Jay Bernstein received a commendation from the Governor of N.J., presented by the Chief Justice of the NJ Supreme Court and the NJ Bar Association; for leading efforts to aid families and victims of the World Trade Center Attack, 9/11. The NJ Mass Disaster Legal Response team helped the more that 750 New Jersey families cope with the aftermath of the terror horror.