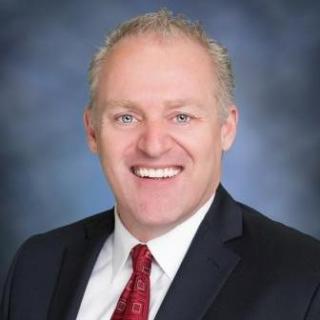 Our experience matters when it comes to your legal matters.
Badges
Claimed Lawyer ProfileSocial Media
Biography

James graduated magna cum laude from Brigham Young University’s J. Reuben Clark Law School where he served as an articles editor for the BYU Law Review and was honored with a membership in the Order of the Coif for outstanding legal scholarship. James continues to be recognized well past law school for his professional abilities. He is AV Preeminent rated, the highest possible attorney rating in legal ability and ethical standards by Martindale-Hubbell, the profession’s oldest publisher of attorney profiles and ratings. He also is also rated the highest possible rating of “Superb” by AVVO.com, an unbiased online attorney search and rating firm. In 2012 and 2013, he was named in “Top Lawyers: The Best of the Best in Southern Nevada” by Vegas, Inc., and in 2013 he was named by Desert Companion magazine as one of Southern Nevada’s Top Lawyers. James began his law career in complex commercial litigation at a national law firm, Brown & Bain (now Perkins Coie) in Phoenix, Arizona. He later joined Scalley & Reading in Salt Lake City, Utah where he continued practicing law in commercial litigation and added general business to his practice areas. During that time James served as the Command Judge Advocate in the 19th Special Forces Group (Airborne) of the Army National Guard where he advised Army officers and soldiers in the areas of family law, small business law, and basic estate planning. He was promoted to the rank of Major, earned his jump wings at the US Army jump school at Ft. Benning, Georgia, and was recognized by the Army for his meritorious service. As a partner at the Henderson, Nevada law firm of Peel Brimley LLP, his practice areas included corporate and business law, contractor regulatory compliance and licensing, and contracts law. Now with more than two decades of legal experience, James is the managing attorney of Claflin Law Ltd in Las Vegas, Nevada, where he continues practicing in these areas along with family law.