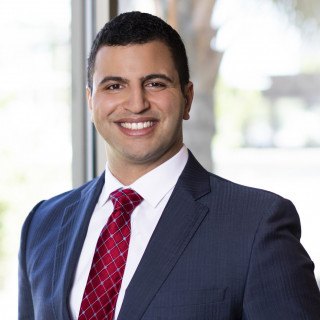 As a trial lawyer, Jacob Karam is single-mindedly committed to getting the best for his clients. As the eldest of five siblings in Friendswood, TX, Jacob learned from an early age what it means to be an advocate—and why speaking up for others is our duty and privilege.

Jacob was a profoundly competitive young man and found an outlet on the football field. He was a three-time all-state quarterback and played for two college teams: Texas Tech and the University of Memphis. He broke numerous records on both teams, but he believes his crowning achievement was being elected team captain for both squads. Meanwhile, he earned recognition from multiple philanthropic organizations for the work he did in the community.

Jacob began his law career at the University of Houston after a brief period of playing with the Green Bay Packers. In the courtroom, he applied the lessons he learned on the field: with hard work and thorough preparation, there's almost nothing that can stop you. He clerked for the Honorable Judge Caroline Baker in the 295th Judicial District (Harris County) while in law school, gaining vital court experience early. He was also a senior articles editor for the Houston Journal of Health Law & Policy and graduated cum laude. Once again, he was elected by his classmates to represent them during his commencement speech at graduation.

Graduating with honors, Jacob went on to work at a prominent international law firm to practice commercial
litigation, white-collar criminal defense, and international arbitration. After leaving, he eventually found his way to Arnold & Itkin (and his true calling): advocating for the wronged and injured against their wrongdoers.

Jacob lives with his wife Donna in Houston. Outside of work, he loves being with family, playing sports, serving the community, traveling, and playing the piano. He is an involved part of Our Lady of the Cedars Maronite Catholic Church in Houston.