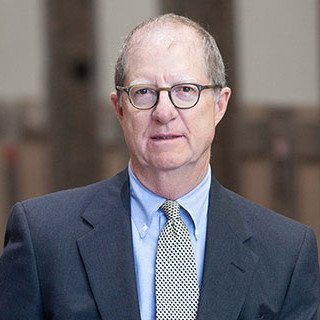 Howard Cummings is a tenured criminal litigator who brings a wealth of knowledge, resources, and insight into the criminal defense team at Tharrington Smith.

Howard served as Deputy Assistant District Attorney for Wake County for nearly three decades. During his tenure at the DA’s office, he handled thousands of criminal matters and became known for fairness and compassion, which he displayed to victims and offenders alike. Upon his retirement from the District Attorney’s office in late 2018, Governor Roy Cooper bestowed to him fellowship in the Order of the Long Leaf Pine in recognition of his service to the state.

Howard is a member of the North Carolina Bar Association, and both Wake and Pitt County Bar. He has served two terms on the Wake County Bar Association Board of Directions and was on the design team for the Wake County Justice Center. Howard has enjoyed fellowship in the American College of Trial Attorneys since 2017 and is the winner of the 2016 Gilchrist Award from the North Carolina Bar Association. The prosecutorial companion to the Wade Smith Justice Award, given annually to one lawyer since 2008.

As an alumnus, Howard has remained active at North Carolina State University, serving on the Club Board of Directions, Club Pool Committee and Club Audit Committee.

Howard has been a frequent presenter at continuing education training conferences, sponsored by the North Carolina Conference of District Attorneys. He has presented on substantive topics, as well as ethics and mental health issues.

Howard is married and has two daughters.