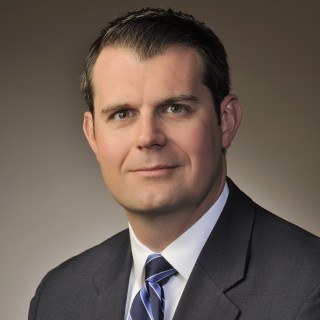 Greg graduated with his law degree from Chicago-Kent College of Law in 2007 and after graduation began working for the Cook County State's Attorney's Office (CCSAO) as a criminal prosecutor. The CCSAO is the 2nd largest prosecutors' office in the United States. Greg began his career as an Assistant State's Attorney in the Appeals Division, where he honed his ability to conduct legal research and formulate persuasive legal arguments in writing. He argued multiple cases in the Illinois Court of Appeals and wrote nearly 35 appellate briefs. After years in the Appeals Division, he was promoted to the 4th District Criminal Trial Division. During his time in the trial division, Greg handled more than 100 bench trials, several jury trials, and hundreds of court hearings.

While in Chicago, Greg met his beautiful wife, Aaron Ann Rose Cole, who was a fellow criminal prosecutor. Aaron Ann was born and raised in Lexington, Kentucky and her extended family is from Fayette County and Mercer County. Greg and Aaron Ann were married in Harrodsburg, Kentucky in 2012 and are the proud parents of two young sons. Aaron Ann is still fighting crime as an Assistant Commonwealth Attorney in Fayette County.

Since moving to Kentucky, Greg has worked at two of the largest and most well-respected law firms in Kentucky. He has represented individuals and businesses involved in a wide variety of lawsuits. Greg has participated in hundreds of depositions, numerous court hearings and oral arguments, and several jury trials. With the founding of Hicks & Funfsinn, PLLC, Greg will use his vast experience and knowledge in handling injury claims and litigating injury lawsuits for individuals just like you.