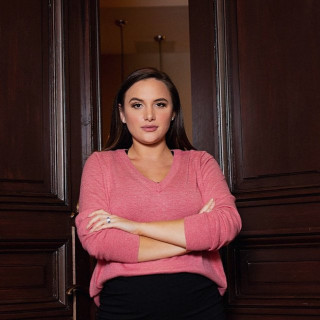 Gianna joined Southern Med Law in the Fall of 2021. Gianna is a native of Birmingham, Alabama. In 2018, Gianna earned a double B.A./B.S.M. from Tulane University and Freeman School of Business in Legal Studies in Business and Philosophy in just three years. In 2021, Gianna earned her J.D. with a certification in Sports Law from Tulane Law School, one of the preeminate law schools in the country for Sports Law. Gianna also received a certification in European Union Institutions, Brexit, and Civil Law from Université Paris-Dauphine in Paris, France in 2019. Gianna was an active member of the Tulane Sports Law Society and worked on several projects including important legal research regarding the NCAA’s Name, Image, and Likeness regulations.

During her legal education, Gianna worked in criminal defense and entertainment law at Geragos & Geragos in Los Angeles, California. Additionally, Gianna served as a clerk to U.S. Attorney Peter Strasser, where she assisted the United State Department of Justice in prosecuting federal criminals before the Eastern District of Louisiana and the United States Fifth Circuit Court of Appeals. Gianna also interned and clerked for Judge Reese of Orleans Parish and for Chief Judge Coogler for the Northern District of Alabama.

Gianna is the daughter of Founding Partner, Dr. François Blaudeau, and wife of Attorney Marc Mandich. Gianna and Marc have one son.