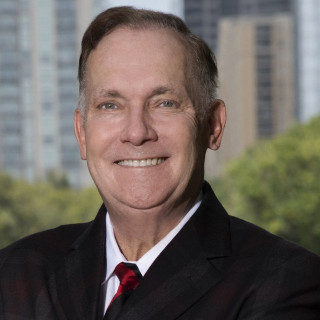 Attorney George Johnson founded his firm's client-centered approach over a quarter century ago, and has been fighting on behalf of federal employees nationwide ever since. He has vigorously defended clients all the way to the U.S. Supreme Court, and has developed a reputation internationally as adept in all aspects of MSPB and Federal Employment Law.

As a leading advocate for his clients, Mr. Johnson is a sought-after delegate and speaker. He has appeared at legal forums worldwide to address issues surrounding international employment law, including appearances at the Oxford Roundtable in England and the International Employment Law Conference in Austria. Additionally, he has served as an annual delegate to the International Bar Association: Durban (2002); San Francisco (2003); Auckland (2004); Prague (2005); Singapore (2007); Buenos Aires (2008); Madrid (2010); and Vancouver (2011). Mr. Johnson was honored to have spoken in a shared program with the President of the United States at the Rev. Martin Luther King, Jr. 75th Birthday Celebration.

Mr. Johnson is founder, owner and principal of Melville Johnson, P.C.. The firm is an Atlanta-based firm with an international and federal reputation for intelligent approaches and aggressive client advocacy on behalf of federal employees.