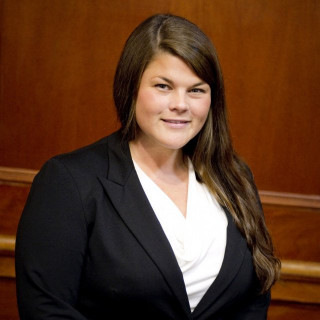 While attending law school, Erin received the Dean’s Distinguished Service Award in 2010 and 2011 for her involvement with the Student Bar Association’s Race Judicata. Erin assisted with the First Annual Race Judicata during her first year of law school and went on to become the co-chair her second and third years. Race Judicata is a 5K Run/Walk to raise money for Memphis Area Legal Services (MALS). Race Judicata raised close to $15,000.00 for MALS during the two years Erin was co-chair. Erin was also elected Student Bar Governor during her second year of law school. Erin was then chosen by the faculty to serve on the Leadership Council, which was created to develop an honor code for the law school. In her third year, Erin was elected to serve as Treasurer of the Student Bar Association.

In continuation of her volunteer pursuits, Erin has gone on to assist multiple rescue organizations and animal shelters in the Shelby County area in fostering animals and finding homes for dogs and cats in search of their forever families.

Erin began clerking at Rice Caperton Rice PLLC in April 2010, during her second year of law school. Erin was hired as an associate after she graduated from the Cecil C. Humphreys School of Law in May 2011 and has continued to grow and flourish as an associate in the field of family law. Erin was admitted to the Tennessee Bar in November 2011 and is a member of the Memphis Bar Association. Erin recently assisted the Memphis Bar Association in developing and initiating the first Family Law Section listserv, which allows members to share ideas, legal forms, and important information through discussion threads.