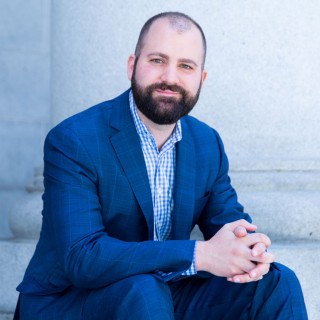 Elliot Conn has devoted his legal career to protecting consumers. A graduate of the prestigious University of California, Berkeley, School of Law, Elliot knew from day one that he wanted to use his law degree to help people. In law school, Elliot volunteered as a student advocate at the East Bay Community Law Center, gaining valuable experience and helping consumers in a variety of matters. Elliot was a founding member of the Berkeley Consumer Advocacy and Protection Society. Elliot also served as the Senior Editor of the Berkeley Journal of International Law.

Before founding Conn Law, PC, Elliot was an attorney at Kemnitzer, Barron & Krieg LLP, a nationally-recognized consumer protection law firm based in San Francisco and one of the oldest consumer law firms in the state.

Elliot has successfully litigated hundreds of consumer cases, both individual cases and class actions. Through his class actions and other complex cases, Elliot has been successful in eliminating over $1 billion in consumer debt on behalf of hundreds of thousands of Californians. Elliot’s cases have also put millions of dollars back in consumers’ pockets, nationwide.

Elliot regularly presents on the topic of consumer law, including lecturing on lemon law, auto finance issues, and dealer fraud. He is an annual guest lecturer for the University of California, Berkeley, School of Law, Introduction to Consumer Law course. Elliot has lectured at UC Hastings Law School and has presented before organizations including the National Association of Consumer Advocates, the East Bay Community Law Center, Housing and Economic Rights Advocates, and the International Organization of Lemon Law Administrators.

Elliot is involved in training the next generation of consumer lawyers. He volunteers as a supervising attorney at the EBCLC Consumer Rights Workshop, mentoring and training Berkeley Law students. Elliot sits on the Advisory Board for the Berkeley Center for Consumer Law & Economic Justice.

Commendation for Exceptional Achievement in Consumer Law
City of Lancaster
2018