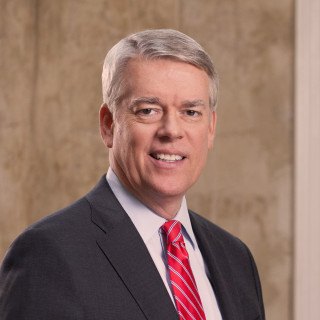 Edward is an accomplished litigator and talented personal injury attorney who has tried and won cases in both state and federal courts. He wants clients to be treated fairly in the legal system, so he strives to serve as a compassionate advocate on their behalf. Edward currently serves as the President of the Allen Law Firm.

Edward helped spearhead the firm’s expansion to Northern Virginia and has been the managing partner of the Fredericksburg office since it opened in 1994. He joined Allen & Allen in 1987 after graduating from Washington and Lee University School of Law. He is proud to be one of the firm’s eight attorneys to be named to Best Lawyers in America – a publication considered by many to be the preeminent guide to legal excellence in the United States.

Edward is proud to be a member of the Allen Law Firm because of its strong commitment to helping injured people. He is a Past President of the Virginia Trial Lawyers Association, an organization which promotes the interests of the wrongfully injured.

Edward and his wife Nancy live in Fredericksburg with their son and daughter. He enjoys sailing, boating, and scuba diving. He is a licensed motorcycle operator.

Commonwealth of Virginia
Since 1987