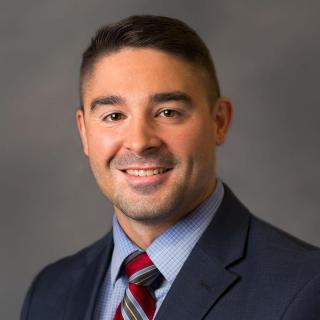 Dan Williams represents clients in criminal matters, including juvenile, adult misdemeanor and felony, DUI/OVI defense, and expungements. He was admitted to the Ohio bar in 2012. He represents clients throughout NE Ohio including Lake, Geauga and Ashtabula counties. After working tirelessly for the past three years advocating for the rights of indigent criminal defendants throughout Lake County, Dan joined Dworken & Bernstein. After receiving his undergraduate degree from Miami University, Dan moved to Chicago where he worked as an Account Executive for a nationwide mortgage lending company. But his pride in his hometown never wavered, and he returned to Cleveland where he graduated from law school at Cleveland-Marshall and married his wife Gina.

On a Personal Note:
Dan and his wife Gina have been married since 2013 and welcomed their first child, Shea, into the family in 2014. Dan is a passionate Cleveland and Ohio State sports fan, and in his spare time enjoys working out, spending time with his large extended family, and exploring all of Cleveland’s restaurants and craft breweries.

When Can the Police Search My Vehicle? Must I Consent?
October 14, 2020

What to Do When You Are Facing an Arrest Warrant
October 13, 2020

What is Required for a Criminal Conviction in Ohio?
October 11, 2020

The Criminal Implications of COVID-19 and The Stay at Home Order
April 1, 2020