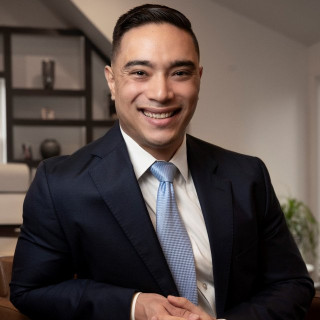 Associate Attorney Daniel Picketts is returning to his home of Ohio after completing his Juris Doctorate at the University of Massachusetts Dartmouth.

Having left Ohio after enlisting in the United States Marine Corps in 2007, Daniel has traveled around the world gaining various skills along the way. Daniel excelled in the Marine Corps displaying a natural talent for inspiring and leading Marines. He was selected for leadership roles over his peers at every opportunity presented, including a combat meritorious promotion while deployed to Afghanistan. Daniel ended his enlistment with the rank of Sergeant, a feat rarely attained in the first four-year enlistment of any Marine. He ended his service in the Marines while stationed at Kaneohe Bay in Hawaii in 2011.

Daniel completed his bachelor’s in Business Economics and Business Administration at Hawaii Pacific University in 2015. Having chosen this particular course of study with the hope to one day return to Ohio to work at his father’s law firm. After completing his undergraduate degree, Daniel attended the University of Massachusetts School of Law Dartmouth in 2018. While working towards his J.D., Daniel was an active and vociferous member of the Student Veterans Association, mentoring and working together with several other veterans through law school. Upon completion of his Juris Doctorate, Daniel returned to his home state of Ohio where he and his wife Stephanie, and daughters Aurelia and Aurora have decided to settle and make a life together.

After returning to Ohio, Daniel began as an Associate Attorney at the Law Offices of James M. Linehan. He currently lives in downtown Columbus and continues to learn and expand his knowledge of the legal profession specializing in Personal Injury with an interest in family law, criminal law, and any other area he can learn from. His passions include his family, hiking, biking, camping, soccer, and hunting.