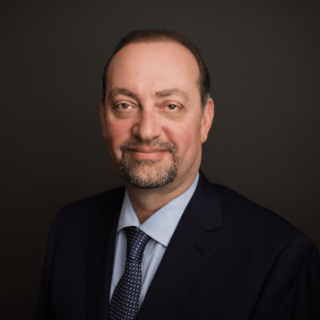 Attorney Nestico has long had an interest in personal injury law. At the age of 15, he was injured in a car crash when another driver failed to stop an intersection resulting in a head-on collision with another vehicle, killing the other driver. Due to the incident, Nestico spent three months in the hospital recovering from injuries to both arms, one requiring a steel rod to be surgically attached. During this time, Nestico says he and his family were vulnerable to the practices of insurance companies and were taken advantage of during one of the most difficult times in their lives. Thus, Nestico’s passion for personal injury law had manifest and led him to become a personal injury lawyer.

Touro College Jacob D. Fuchsberg Law Center
J.D. (2002) | Law
1999 - 2002
Nestico began his professional law experience with an insurance defense firm before switching to the plaintiff-side of personal injury. In 2005, along with Attorneys Kisling and Redick, Nestico became a founding partner of Kisling, Nestico & Redick. KNR has since grown from three to 35 lawyers, five to over 100 support staff, and have offices all throughout the state of Ohio.
Honors: He is a member of The Million Dollar Advocates Forum – an honor less than one percent of U.S. attorneys can claim. He has been recognized as a Rising Star and Super Lawyer several times by Super Lawyers Magazine and has also been voted as a Top 100 Trial Lawyer. Attorney Nestico is admitted to practice law in multiple Ohio courts and the U.S. Supreme Court and is trilingual in English, French, and Italian. He focuses his practice on personal injury and class-action lawsuits.

Hurt in a car accident? Here is reason #1 why you should call Kisling, Nestico & Redick.