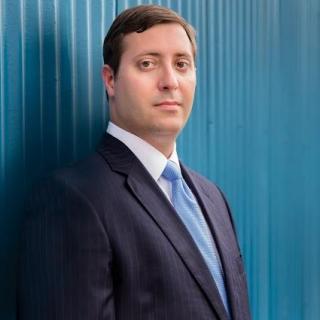 Collin’s training in the area of criminal defense began while working as a law clerk for three trial-tested lawyers at the law firm of Stradley, Chernoff & Alford. As a clerk, and later an associate attorney at that firm, he learned how to fight for people accused of committing a crime. There is no college for being a criminal defense lawyer. Contrary to what some may believe, students do not pick a major while they are in law school. Most study many areas to prepare for the bar exam and hope they find a job that interests them. For Collin, it was different. After working on his first felony trial with one of his bosses, Collin knew he wanted to be a criminal defense attorney. When the number one ranked advocacy program chose Collin to compete in mock trial competitions around the country, he experienced first-hand what it was like to stand and fight in front of a jury. Collin always knew he wanted to help people and these experiences showed him how he could. Unlike other attorneys in this area of the law, Collin has never been paid to work for the government. However, he was lucky enough to learn from former Chief Prosecutors of the Harris County District Attorney’s Office, as his mentors in his previous firm. At this firm, Collin experienced the reality of the criminal justice system, the pitfalls to avoid, and how to navigate a client through seemingly uncharted waters. He has carried this knowledge over to his solo practice. While working at such a prominent firm prior to starting his own practice, Collin was involved in representing clients dealing with high profile cases. As a member of the defense team that represented Dr. Conrad Murray in the involuntary manslaughter charge for the death of Michael Jackson, Collin learned about the intensity that the world wide media can put on a highly publicized criminal defense case.

United States of America - Southern District of Texas
Since 2011

College of the State Bar of Texas
Attorney Member
2013 - Current

DWI Blood Draw: From the Stab to the Lab
Attendee
2013 - Current