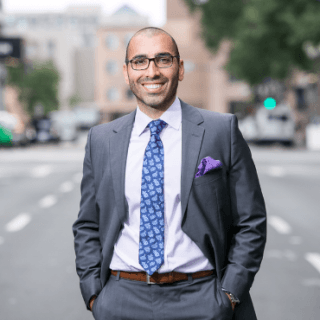 Prior to founding Mova Law Group, APLC, Chris Mova was a law clerk at one of the biggest and most prestigious personal injury firms in southern California where he honed his legal and negotiation skills. With this knowledge, Chris Mova was hired by Alavi Legal PLLC, a personal injury law firm, where he advocated on behalf of the firm’s clients and obtained large settlement awards. Upon entering the workforce, after college, Chris was hired as a project manager for Unity Mechanical Systems. A few years later, he was promoted to Operations Manager and became responsible for the daily operation of the entire company. With Chris’s vigorous focus on the company bottom line, the revenue stream of the company grew from $4 million in 2006 to $12 million in late 2009. During his tenure at Unity Mechanical Systems, Chris was elected as expert witness in a 3 week long binding arbitration session where millions of dollars were at stake for his employer. Chris was able to persuade the judge/arbitrator to award Unity Mechanical Systems $1,000,000 in damages. It was this journey that inspired Chris to become an attorney.

Agile Innovation for Jobs of The Future
Huffington Post
September 6, 2016

Lyft Insurance policy and what to do when involved in an accident while driver or riding with Lyft.