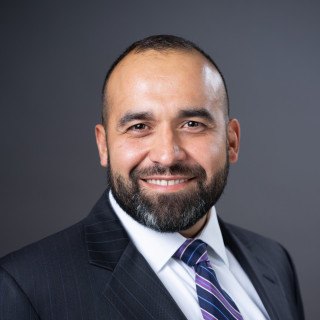 Mr. Quintana grew up in an immigrant family and saw firsthand how difficult the immigration process can be on an immigrant’s entire family. Having parents who immigrated to the United States for a better life, Mr. Quintana was keenly aware of the various opportunities being a citizen of the United States provided and worked hard so that he could give back to the community that had provided him the motivation to succeed. Mr. Quintana was the first in his family to attend University. He graduated Summa Cum Laude from the University of New Mexico. After completing his undergraduate education, Mr. Quintana dedicated himself to teaching in the bilingual school system in Madrid, Spain. After returning to the United States, Mr. Quintana attended law school at Benjamin N. Cardozo School of Law in New York City’s Greenwich Village. In law school, Mr. Quintana became a Public Service Scholar. He participated in the Unemployment Action Project fighting for those denied unemployment benefits. He also interned and volunteered at Catholic Charities Immigration Services for the Archdiocese of New York in Manhattan. He also interned at the Brooklyn Family Defense Project and served as a judicial intern for the Hon. Gloria Sosa-Lintner in the New York County Family Court in the Borough of Manhattan.
Finally, Mr. Quintana participated in the Kathryn O. Greenberg Immigration Justice Clinic, which focuses on the intersection of immigration and criminal law (crimmigration). After graduating from law school, Mr. Quintana completed a post-graduate fellowship at Catholic Charities Immigration and Refugee Services and volunteered his time at Essex-Newark Legal Services—Family Law Unit fighting for victims of Domestic Violence in divorce proceedings. During this time after law school, Mr. Quintana applied and was admitted as an attorney at law in the States of New York and New Jersey.
Mr. Quintana then relocated to San Antonio, Texas, to dedicate himself to the practice of immigration