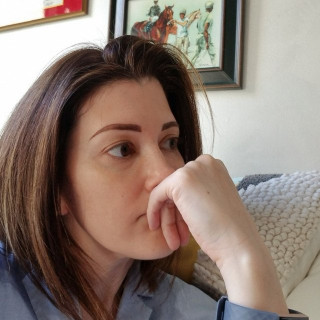 Carina Laguzzi was born in Buenos Aires, Argentina but raised in Arlington, Virginia from age five. While attending elementary, junior, and high schools in Arlington, she simultaneously attended The Argentine School of Washington, D.C. in Potomac, Maryland. As a result, Ms. Laguzzi remains totally bilingual in Spanish and English.

After attending George Mason University (Virginia) and New College in Oxford University (Oxford, England), Ms. Laguzzi matriculated at Boston University School of Law where she received her Juris Doctorate degree. Upon graduation, Ms. Laguzzi settled in Philadelphia, Pennsylvania where she continues to live and work.

As an Assistant District Attorney, Ms. Laguzzi was personally responsible for thirty to over seventy cases daily, a higher caseload than most. The cases included those ranging from narcotics to more technical crimes such as, driving under the influence, as well as those with more emotional and sensitive issues, like domestic violence.

After leaving the District Attorney’s Office, Ms. Laguzzi worked in civil litigation participating in the areas of products liability, medical malpractice, and insurance defense. Thereafter, she opened her own practice. Ms. Laguzzi now concentrates solely on criminal defense, at both the state and federal levels.

Ms. Laguzzi’s criminal defense practice covers all areas of criminal law both state and federal. State and federal cases differ greatly because of the forums. The practice of criminal defense is drastically different in the state court than the federal court. A comprehensive knowledge of the federal system by the defense attorney is imperative for a defendant. Ms. Laguzzi’s clients have charges ranging from less serious misdemeanors to major felonies, including homicide cases in both jurisdictions. Her experience, both as a prosecutor and a criminal defense attorney, allows her to give the best advice to those facing criminal charges. This specialized advice aids in the consideration of a favorable non-trial disposition or to proceed to a trial by jury. She also advises clients in preparation for sentencing and alternative programs. Ms. Laguzzi also handles state and federal appellate work.