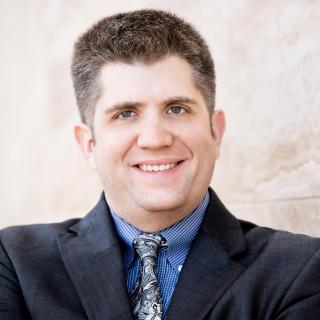 I’ve wanted to be a lawyer since I was a little kid and saw the film version of John Grisham’s The Pelican Brief. I had no idea I would be representing families across the state of Texas in difficult and emotional divorces.
Where did I start to get here? Not where you’d think. To be perfectly honest, I was born in Denver, Colorado, but I came to Texas as soon as I could when I was seven years old. I am one of four children – two natural-born children and two brothers who were adopted.

I attended the South Texas College of Law. When I started law school, I thought I would end up doing something with business and real estate because that was my background. However, during law school, I took a job at a boutique family law litigation firm, where I would spend the first four years of my career. It was there I learned I had a passion for family law.

I got married right after law school, and later my wife gave birth to my son James. I love both with all my heart. The start of our marriage was not an easy one. A few months after the wedding, my father passed away unexpectedly at the age of 70. Getting that phone call was one of the hardest things I have ever had to go through in my life. But it made me a better person, a better lawyer, a better husband, and a better father to my son.

It was not until I had my own family that I realized how important this job could be. Since then, I have become an even better lawyer and an advocate for my clients.

A traditional law firm relies on paper, servers, and fax machines. The law firm clunks around, clients do not know what is going on with their case, and cases must settle for bad deals before court because the lawyers are either unprepared.

We do things differently. We are paperless, in the cloud, and efficient. We are not the cheapest lawyers in town. But we offer high-end service in a way that makes sense. Our approach is newer, different, and better. better.

College of the State Bar of Texas
Certified Member
Current
Activities: An honorary society established in 1982 by the Supreme Court of Texas.

This Texas Divorce Handbook is your Step by Step Guide to Successfully Navigating Texas Divorce
Amazon.com
May 1, 2017

certified member
College of the State Bar of Texas

This video explains what you can expect in your FREE consultation with one of our family law attorneys! Law Office of Bryan Fagan, PLLC | 281.810.9760

We understand a divorce may not always fit the budget. Yet, we have seen many individuals and/or couples who continue to stay in an unhealthy situation due to the lack of funds. This is why we have chosen to give back and are able to offer an all-expense paid divorce that covers: court costs, filing fees, and attorney fees!

Law Office of Bryan Fagan: What to expect when you become a client

Law Office of Bryan Fagan: What to expect when you become a client

When it comes to obtaining FREE legal advice, Bryanfagan.com is the website you want to visit...with legal articles addressing all family law questions, FREE e-courses, FREE e-books, Free Handbooks, and so much more!

Law Office of Bryan Fagan Presents WHERE DO I FILE FOR DIVORCE?

WHERE DO I FILE FOR DIVORCE?

Q. Daughter deceased want court ordered visitation. Father is giving less time for me to spend time with them.
November 30, 2018
A: If your child is no longer living then you can bring a suit affecting parent-child relationship and ask for grandparent rights.

Q. Even though there were no geographic restrictions in the decree can I still challenge a relocation of my children?texas
November 30, 2018
A: Yes you will need to file a petition to modify the divorce decree.