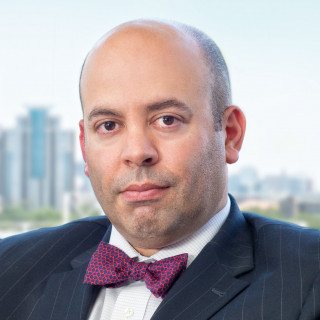 Brent Mayr is Montgomery County's ONLY criminal defense lawyer that is Board Certified in Criminal Law by the Texas Board of Legal Specialization and that has been named to Super Lawyers featured in Texas Monthly for multiple years in a row.

He has represented individuals and organizations charged or placed under investigation in a number of high profile cases and has obtained numerous dismissals and acquittals. He represented an individual charged with Conspiracy to Commit Money Laundering as part of a scheme involving the Zeta drug cartel and the American Quarter Horse Racing industry. His client was the only one out of multiple defendants who was acquitted of all charges. Later that same year, he and Dick DeGuerin convinced a jury to find their client, a prominent El Paso businessman, "Not Guilty" of Intoxication Manslaughter.

In Montgomery County, he has obtained dismissals and acquittals in a number of cases including Murder, Manslaughter, Criminally Negligent Homicide, DWI, and Drug cases.

A DUI can have unexpected negative consequences in every area of your life. It's important to have an experienced lawyer on your side to fight for your best outcome. When...