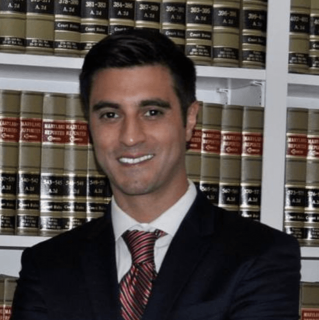 Mr. Malek is a lifelong native of the Washington, D.C. area and a former two-sport college athlete with a fiercely competitive, yet jovial nature who is familiar with how to adequately prepare and perform when necessary. The lessons learned as a life-long athlete on and off the field have translated in to the courtroom and are expressed in the furtherance of his clients’ interests.

Before founding Malek Legal, Mr. Malek worked at a firearms and explosives regulatory law firm in Washington, D.C. where he represented both individuals and business entities associated with the law enforcement, military/defense and civilian shooting sports industries. He has counseled clients in matters involving the Bureau of Alcohol, Tobacco, Firearms and Explosives (“ATF”), the Federal Bureau of Investigation (“FBI”), the United States Department of State, the Internal Revenue Service and the United States Treasury Department’s Office of Foreign Assets Control (“OFAC”).

Since founding Malek Legal, Mr. Malek has found himself fortunate enough to have represented injured and aggrieved individuals and business entities in matters including but not limited to motorcycle, automobile and pedestrian accidents, workers compensation claims, negligent maintenance of a premises, negligent supervision of minors on school grounds, negligent nightclub and casino security, unreasonable use of police force, nursing home negligence and medical malpractice. He has recovered hundreds of thousands of dollars for his clients in the relatively short time in which he has been operating Malek Legal and looks forward to doing the same for you.

The Catholic University of America Columbus School of Law
J.D.