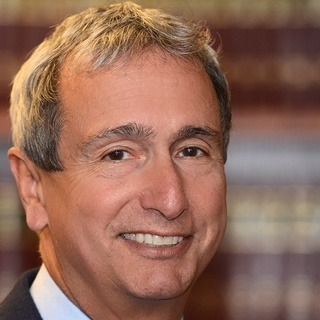 Board of Governors of the American Association of Justice
member
2004 - 2010
Activities: The 40,000 member association of trial lawyers from every state, Canada, Australia and Great Britain.

Make Your One Day in Court Count

If you're seeking representation in Illinois for injuries or death suffered as a result of medical malpractice, an automobile accident or a defective product, it's important that you hire a law firm with a reputation for actually trying cases. At Baizer Kolar & Lewis, we know that this is a difficult time, and we are ready and able to help. You only have one day in court make it count. At Baizer Kolar & Lewis, we're protecting your rights.Free initial consultation: info@baizlaw.com or 312-772-4956. Se habla espanol.

How to Choose a Law Firm

If a love one of yours is severely injured or dies because of someone else's negligence, choose a law firm with a history of great results. Our results include an $11 million verdict for the family of a teenager killed by a reckless truck driver, and a $19 million verdict for a little boy with cerebral palsy. We represent all people in Illinois, and will work hard to obtain justice and compensation for your injuries. Call us for a free initial consultation if your loved one is injured or dies as a result of someone else's negligence. Call 312-772-4956.

Justice for victims of personal injury in Illinois

If a loved one of yours has been the victim of an auto accident, or suffered serious personal injury or death due to the negligence of others, seek the help of an attorney that has the experience and resources to get you what you deserve. I'm Bob Baizer. At Baizer Kolar & Lewis, we take our responsibility to our clients seriously, and will fight hard for your rights. Visit Baizlaw.com/chicago-personal-injury-attorney or call us today. Call 312-772-4956. Baizer Kolar & Lewis, protecting your rights.

The truth about lawsuits

Many times you hear people complain about a family or person who has filed a lawsuit. Big insurance companies call them frivolous lawsuits, but the next time you hear of a terrible accident or medical mistake, ask yourself What if it were my wife? Or my husband? Or my child? Then, would it be fair for others to think poorly of me for seeking justice? If you or a loved one has been injured, or a loved one has died because of the negligence of another person, you have the right to seek both justice and compensation for your injuries and loss. For accidents, injuries, and medical malpractice in the state of Illinois, we can help. You can contact us at info@baizlaw.com or call us for a free initial consultation at 312-772-4956. Visit our website for more information on the proven results we've gotten for our clients: http://www.baizlaw.com/chicago-personal-injury-attorney.

Right to a Trial by Jury

The Bill of Rights guarantees you the right to a jury trial in civil cases. That means that if a loved one of yours is seriously injured or dies as the result of the negligence of someone else, it's up to a jury , not powerful corporations and insurance companies, to determine fair compensation. If you or a family member has been injured in Illinois, we can help you understand your rights and receive compensation and justice for your injuries. Free initial consultation. Visit http://www.baizlaw.com/chicago-personal-injury-attorney or call 312-772-4956.

Advice if You've Been in a Car Accident

If you or a family member has been injured in a car accident, you can take specific measures to protect your rights: 1. don't give a recorded statement to the insurance company until you speak to a lawyer. 2. take pictures of the damage to your car. 3. get the phone numbers of all the witnesses to the crash. If you want to learn more about your legal rights for car crashes in Illinois, call us at 312-772-4956 or visit Baizlaw.com/chicago-personal-injury-attorney.

If your baby was born with brain damage, a birth defect, or cerebral palsy, the medical cost will be enormous. Many times we discover that the hospital's failure to perform a timely c-section deprived your baby of oxygen resulting in his or her injury. You deserve to know. You only have a limited time to bring your claim- Don't wait. You can contact us at baizlaw.com/chicago-personal-injury-attorney or toll-free at 312-772-4956. Se habla espanol.

More than 100,000 Americans die every year due to medical errors in hospitals. It's the 6th leading cause of death in America. If a loved one of yours is severely injured, or dies as a result of negligence at a hospital, you'll need representation to protect your rights to fair compensation. I'm Bob Baizer, and our firm is here to protect victims of medical negligence. Call us or visit Baizlaw.com/chicago-personal-injury-attorney. Call 312-772-4956. Baizer Kolar & Lewis, protecting your rights.

Unfortunately, there are many times when pedestrians or cyclists are hit and injured by uninsured or under-insured drivers. That's when you can look to your own auto policy for additional coverage, even though you weren't in your car. Make sure that your own auto policy provides you with enough uninsured and under-insured coverage. I'm Bob Baizer, and our firm is here to hold powerful insurance companies accountable. Call 312-772-4956. Baizer Kolar & Lewis, protecting your rights.