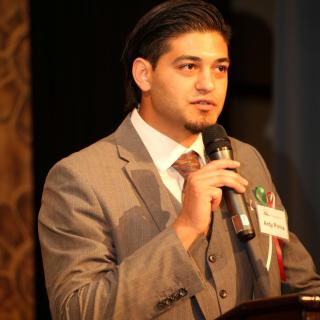 Being a graduate of both the University of California Los Angeles and Pepperdine University School of Law, Ardy Pirnia comes with a solid educational background as an attorney. He began his practice in 2013 after graduating from Pepperdine, and he carried the distinguishment of being the Best Oral Advocate in his class. Mr. Pirnia cut his teeth in practice starting as a new attorney at both Keller, Fishback & Jackson LLP and the One Law Group, where he worked as a clerk before becoming a licensed lawyer. Since 2014, The Pirnia Law Group has been responsible for over $1,000.000.00 in client settlements. Mr. Pirnia has represented a mixture of clients in varying cases from personal injury, divorce, custody and visitation rights, wrongful death and a number of other legal issues. He even handles cases with animal and dog bites, an area not always specialized in by most attorneys. With his own work, Mr. Pirnia has developed a reputation for being a dedicated “zealous advocate” for a client’s case. This reputation includes endorsements from fellow attorneys who have seen Mr. Pirnia’s work or have worked with him on cases. Located in Beverly Hills, Mr. Pirnia handles cases throughout the Los Angeles basin, with a focus on real service by real people and no nonsense or fluff. The Pirnia Law Group is built as a law office for the people, to ensure that their rights are not overlooked, and that equity in all issues is kept in balance legally. There are plenty of attorneys in California who cover every aspect of the law, and a good portion of them are generalists who will take on most cases. But that doesn’t mean they are the right advocate for the job. Mr. Pirnia has proven his representation is the right match for people who need to get the job done.