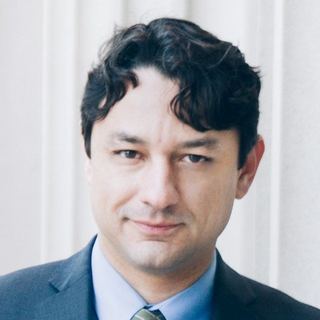 Antonio is passionate about immigration law, civil rights, and constitutional issues, as well as about the clients he represents. He founded Massa Viana Law with the goal of creating a firm guided by the principles of excellency in advocacy, mutual respect, and most importantly, of service.
An immigrant himself who first moved to the United States when he was 12 years old, Antonio tackled the immigration system first in his own personal life. He discovered that many times, in order to succeed, you need to push the envelope and not give up, despite the odds. That vision is employed daily in his firm, where attorneys and staff are encouraged to seek creative legal solutions for difficult problems, even when the answers are not readily apparent.
This never-give-up attitude allowed Antonio to become the first known undocumented immigrant attorney in Massachusetts. He attended Roger Williams University School of Law, where he was the first Latino Editor-in-Chief of the RWU Law Review, as well as winner of the Esther Clark and National Religious Freedom moot court competitions; he sat for the bar exam in both Rhode Island and Massachusetts. Rhode Island would postpone his bar admission until he became a legal resident, but Massachusetts swore him despite his lack of legal status. Antonio started practicing immediately in immigration removal defense.
Antonio, together with his team, have helped hundreds of people—from those seeking refuge within our borders, to victims of violence and crimes, to those looking to once again be reunited with their loved ones—achieve their dreams of legal residency and citizenship.
Over the years, Antonio learned he works best when serving others, something that is reflected on his and his firm’s commitment to public service and a more just society; that is why his firm has performed hundreds of hours of pro bono and community work.
Antonio currently serves in the Board of Directors of the Massachusetts American Civil Liberties Union, th