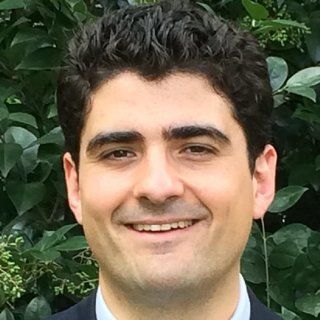 Andrew R. Lynch discovered his calling as a criminal defense attorney while attending the University of Georgia. During his senior year of college, a close family member was investigated, arrested, and tried for a felony drug charge. Andrew witnessed firsthand the effect criminal charges can have on the accused and their family. This experience inspired him to pursue his legal education at Georgia State University College of Law.

Immediately after graduating from law school, Andrew began working as a criminal defense attorney at the Dekalb County Public Defender's Office. He has been admitted to practice in all levels of Georgia's courts including: the Georgia Supreme Court, Court of Appeals, Superior Court, State Court, Magistrate Court, and Municipal Court.

Not every case goes to trial. Andrew has also handled hundreds of pre-trial motions and hearings including bond hearings, preliminary hearings, motions to suppress, motions in limine, and pretrial negotiations with the prosecutor.

Andrew is a member of the Georgia Association of Criminal Defense Lawyers (GACDL) and serves on GACDL's Educational Services Committee. He was recently selected for and attended the 10th Annual Bill Daniel's Trial Advocacy Program. This program is limited to only thirty students and provides intensive training in enhanced trial techniques for use in defense of the criminally accused.

Andrew left the Public Defender's Office to begin his own law firm specializing in aggressive criminal defense. Andrew knows not every case goes to trial but he believes every case should be prepared for trial. This preparation is what gives Andrew the knowledge and power to pursue the pre-trial resolutions his clients desire and enables him to take cases to a jury whenever it becomes necessary.