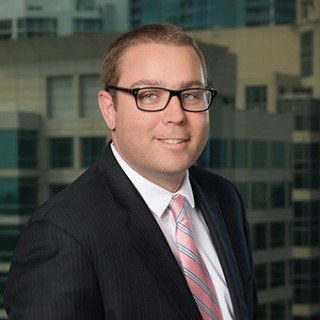 Mr. Marcus began his legal career with the State Attorney's Office here in Fort Myers. As an Assistant State Attorney, Mr. Marcus quickly developed a reputation as an ethical, aggressive, and talented trial lawyer. Shortly after being promoted to the felony division, Mr. Marcus was assigned to a firearms docket, where he prosecuted violent felonies involving the use or possession of a firearm, including first-degree murder. Additionally, Mr. Marcus was also designated as a Special Assistant United States Attorney, which allowed him to prosecute federal crimes involving the use or possession of a firearm. During his time as a prosecutor, Mr. Marcus also provided training to law enforcement, and lectured on various topics including firearms prosecution and crime scene investigation.

After leaving the State Attorney's Office, Mr. Marcus joined Gray Robinson - one of Florida's premier civil law firms, where he quickly became a partner. While at Gray Robinson, Mr. Marcus specialized in commercial litigation, with a particular emphasis on banking law. For years, Mr. Marcus represented some of the largest financial institutions in the world, in both state and federal court throughout Florida. Mr. Marcus also trained corporate representatives on how to give testimony in depositions, evidentiary hearings, and at trial. Additionally, Mr. Marcus represented individuals and businesses in matters ranging from minor cases, to multi-million dollar disputes. Mr. Marcus has handled cases at both the trial and appellate level, in both state and federal court throughout Florida.

PREMIUM
WebsiteCallEmailEmailProfile
Benjamin A. A. Russell