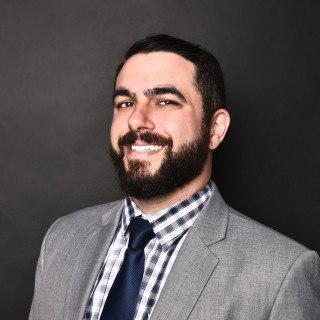 Andrés Ortiz is one of California's top immigration lawyers and a foremost authority on the potential adverse immigration consequences of criminal convictions and plea deals (“Padilla Opinions”). Attorneys from across the nation consult Andrés on a regular basis for his expertise in how to resolve criminal cases without triggering deportation and removal.

Andrés handles cases in immigration court, the Board of Immigration Appeals (BIA), the U.S. District Court for the Central District of California and the Ninth Circuit U.S. Court of Appeals. He is a member of the Los Angeles County Bar Association's Immigration Section Executive Committee as well as an ICE Public Advocate Field Liaison.

In addition to Padilla Opinions, matters Andrés handles at Shouse Law Group include:

Loyola Government Fellow
Federal Public Defender
2011 - 2011
Wrote memos to trial attorneys informing them of probable immigration consequences for their noncitizen clients if the clients pled to certain federal criminal charges. • Conducted research and prepared a memo advising the trial attorney the appropriate sentence enhancements for a client’s illegal reentry case.• Researched and wrote memos to trial attorneys to advise them of pleas that would likely permit clients to avoid immigration consequences as a result of their criminal cases.• Conducted client intake with the daily duty attorney.

Extern to Honorable Stephen Reinhardt
United States Court of Appeals, 9th Circuit
2011 - 2011
Wrote the factual, procedural history, and researched legal issues in immigration, civil rights and criminal cases, for bench memorandums that assisted the Judge in preparation for oral arguments.• Assisted in the research and drafting of Ninth Circuit opinions.

Extern
American Civil Liberties Union of Southern California
2010 - 2010
Wrote a memorandum surveying the instances where Federal District Courts certified undocumented workers as part of their U-Visa application when civil or criminal claims were brought against their employers.• Wrote a memorandum explaining the mental health screening process for entering and particularly dangerous immigrants and discussed scenarios where these screening processes may be unconstitutional.

Law Clerk
National immigration Law Center
2010 - 2010
Conducted research, cite checked sections, and wrote line edits for the plaintiff’s Motion for Preliminary Injunction and other responsive pleadings for Friendly House v. Whiting.• Completed assignments to assist the attorneys in taking declarations from detainees for a case involving the Immigration and Custom Enforcement’s Stipulated Removal procedures at the Mira Loma Detention Center; these tasks included translating portions of a questionnaire from English to Spanish, creating a “relief worksheet” for volunteers who were unfamiliar with immigration law, and interviewed a detainee.

Can I get deported for a "domestic violence" conviction?

Can I get deported for a domestic violence conviction?

3 ways to get a green card without marriage

3 ways to get a green card without getting married

Are there bail bonds in immigration court?

Are there bail bonds in immigration court?

What is an "aggravated felony" in U.S. immigration law?

What is an aggravated felony in U.S. immigration law?

Deported for smoking weed? Recreational drugs and immigration in California

4 Surprising Crimes That Can Get You Deported

4 surprising crimes that can get you deported

"Expedited Removal" in US Immigration Cases

3 steps to becoming a U.S. citizen in California

3 steps to becoming a U.S. citizen in California

3 things you must prove to get U.S. asylum

Trump vs DACA: 6 things you need to know