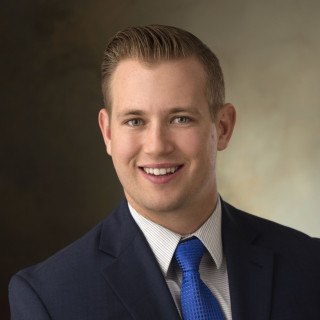 Alan Tucker is a personal injury attorney specializing in the litigation portion of cases for The Advocates. He handles cases involving faulty medical devices, bad drugs, slip and falls, dog bites, wrongful death, and car, motorcycle and boating accident cases for plaintiffs at The Advocates. Alan dynamically assists in achieving the biggest compensation possible for his clientele.

Alan graduated in May 2012 from the University of Utah with two bachelor’s degrees in Spanish and International Studies. Three years later, he graduated from law school at the University of Notre Dame. Since graduating from Notre Dame, he has worked as a clerk in the Federal District Court for the District of Utah underneath Judge Clark Waddoups and Judge David Nuffer.

Alan is passionate about his family; including his wife and their two beautiful children. In addition to spending quality time with his family, Alan loves sports and food – specifically steak. He is a die-hard Utes and Notre Dame basketball and football fan but also enjoys cheering on the Utah Jazz. He claims to be “a Ute from birth, and an Irish by adoption.”