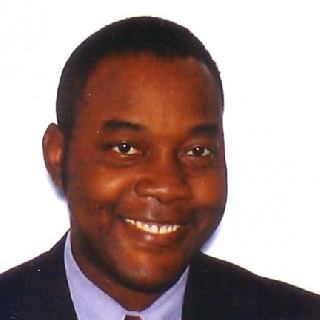 Aime Katambwe is the founder of WorldEsquire. He holds a Bachelor's Degree in Business Economics from California State University at Northridge and a Juris Doctor Degree (aka a law degree)from Whittier College SOL. Mr. Katambwe is admitted to practice in all federal and State Courts of California.He was born in Zaire (now The Democratic Republic of Congo) and traveled extensively throughout the world due to his father's profession as a career diplomat. He is fluent in many languages including English, French and Spanish.

Prior to creating WorldEsquire, Mr. Katambwe worked in private law firms as an associate, as well as in a public capacity with the Los Angeles District Attorney's Office. In that time, Mr. Katambwe's experience covered all areas of litigation. He has tried and won cases in the Central and Citrus Districts in the County of Los Angeles.

Mr. Katambwe has served as a member of the Board of Directors of the African Community Resource Center (ACRC), a Not for Profit organization helping African Refugees and immigrants in general achieve economic self-sufficiency, acculturation, socialization and health maintenance. He served as pro bono counsel on immigration matters at the ACRC.

Mr. Katambwe maintains a busy schedule at the office located in the City of Valencia in Santa Clarita, CA.