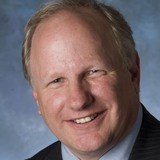 Claimed Lawyer ProfileSocial Media
Mr. Steven P. McCollum
Waukegan, IL White Collar Crime Attorney with 41 years of experience
(847) 662-2474 415 Washington St
Suite 103
Waukegan, IL 60085
Free ConsultationWhite Collar Crime, Criminal Defense, DUI & DWI and Domestic Violence
University of Illinois College of Law and Rutgers School of Law-Camden
Show Preview
View Website View Lawyer Profile Email Lawyer
Steve McCollum has extensive experience in Criminal, DUI, and Juvenile cases, including 16 years as a prosecutor and 20 years as a defense attorney. Formerly the Chief Deputy State's Attorney for Lake County, Steve is a member of the Board of the Lake County Bar Foundation, the past President of the Lake County Bar Association, and has been the Chairperson of the Criminal Law Committee for the Bar Association. He was previously selected by the Illinois Supreme Court to the screening committee for the Capital Litigation Trial Bar for the 19th Judicial Circuit. As an Assistant State's Attorney and... 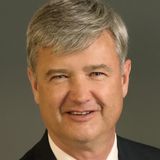 Claimed Lawyer ProfileSocial Media
John Prior
Bloomington, IL White Collar Crime Lawyer with 30 years of experience
(309) 827-4300 1210 Towanda Ave. Suite 15
Bloomington, IL 61701
White Collar Crime, Criminal Defense, DUI & DWI and Traffic Tickets
The John Marshall Law School
Show Preview
View Website View Lawyer Profile Email Lawyer
John Prior is a former elected State's Attorney and former Assistant State's Attorney in various counties. While a prosecutor, Mr. Prior was awarded a Department Special Award from the Illinois State Police for his work in prosecuting DUI cases. In 2004, Mr. Prior started his own law firm and has been practicing criminal defense ever since. He has won various awards, including being named the Top 100 Lawyers by the National Trial Lawyers. The Prior Law Firm's practice consists of 50% DUI & traffic, 25% drug sales/possession, and 25% violent crimes. Mr. Prior also helps... 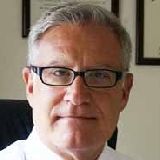 Claimed Lawyer ProfileSocial Media
Richard H. Schmack
Sycamore, IL White Collar Crime Attorney with 40 years of experience
(815) 895-2074 584 W. State Street
Sycamore, IL
White Collar Crime, DUI & DWI, Domestic Violence and Landlord Tenant
University of Illinois - Urbana-Champaign
Show Preview
View Website View Lawyer Profile Email Lawyer
Richard Schmack was born in Chicago, Illinois and raised in Berwyn, Illinois. He graduated Magna Cum Laude from North Central College in Naperville, Illinois in 1977 with double majors in Political Science and History. In 1980 he received his Juris Doctor degree from the University of Illinois at Champaign-Urbana. Upon graduation from law school in 1980, Richard was admitted to the Illinois Bar and the U.S. District Court, Northern District of Illinois. He is a member of the Federal Trial Bar. Richard has made DeKalb County his home since1985. He, his wife, Jackie, who is his office manager, and... 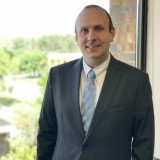 Some of the more regular tasks include representation of clients in an array of tax disputes before the IRS and the Illinois Department of Revenue. These cases often work there way through the administrative level, up through appeals, and often to the United States Tax Court. My clients have scored significant victories in Audit Defense, Offer in Compromise and Innocent Spouse cases.

I am also experienced in drafting employment contracts such as employment and separation and termination agreements as well as restrictive covenants.

I represent buyers and sellers in residential real...

Since 1993, where the Law Offices of Maureen Williams started in Minneapolis, we have devoted our practice to only criminal defense. You will be asked to be a part of our team, as no one knows the facts better than you. Together we will gather all the evidence, hidden and apparent, the forgotten, and your discoveries. We will not pressure you to plead guilty, and we will brainstorm together to figure out the best course of action: trial or no trial.

Allow us the opportunity to listen to you, work...

The Oyez Lawyer Directory contains lawyers who have claimed their profiles and are actively seeking clients. Find more Crete White Collar Crime Lawyers in the Justia Legal Services and Lawyers Directory which includes profiles of more than one million lawyers licensed to practice in the United States, in addition to profiles of legal aid, pro bono and legal service organizations.