Claimed Lawyer Profile
J. Burkhardt Beale
Richmond (Independent City) County, VA Stockbroker & Investment Fraud Attorney with 42 years of experience
(804) 780-1111 23 W. Broad St.
Suite 304
Richmond, VA 23219
Stockbroker Fraud, Appeals, Criminal Defense and DUI & DWI
Washington and Lee University School of Law
Show Preview
View Website View Lawyer Profile Email Lawyer
I began practicing law in 1980 with a firm where I tried my first felony jury after being in practice approximately 4 months. Just as in the NBA or MLB the rookie who is good gains responsibility and rises in the ranks. I have dedicated my career to helping those who sometimes felt that their situatio was impossible to win or overcome. I have heard on many occasions from judges around the state that "this is the first time I have heard that defense" when finding my client "not guilty". There are many lawyers who will take your money, and... 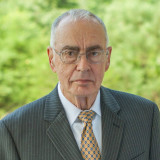 Claimed Lawyer ProfileBlawg SearchSocial Media
Matthew Kaplan
Arlington County, VA Stockbroker & Investment Fraud Lawyer with 19 years of experience
(703) 665-9529 1100 N Glebe Rd
Suite 1010
Arlington, VA 22201
Stockbroker Fraud, Appeals, Arbitration & Mediation and Business
The George Washington University Law School
Show Preview
View Website View Lawyer Profile Email Lawyer
For over a decade Matthew B. Kaplan, the founder and principal of The Kaplan Law Firm, has litigated cases on behalf of his clients in courts around the country. Prior to establishing The Kaplan Law Firm Mr. Kaplan was an attorney with Cohen Milstein Sellers & Toll PLLC, where he recovered millions of dollars for investors who incurred substantial losses as the result of fraud and other violations of the federal securities laws. Among the cases that Mr. Kaplan successfully litigated are In re Buca Inc. Securities Litigation, In re C.P. Ships Securities Litigation, In re...

Stockbroker Fraud, Business, Consumer and Foreclosure Defense
Show Preview
View Website View Lawyer Profile Email Lawyer
Lenard Myers focuses his practice on the representation of consumers, contractors, and businesses. A great deal of his work involves auto fraud, defending and preventing foreclosures, as well as matters involving complex commercial litigation. Mr. Myers practices law in the state and federal courts of Virginia. He places great value on courtesy, professionalism and resolving problems in the most cost-efficient manner possible. Lenard began his legal career as an Assistant Commonwealth’s Attorney. Notably, he prosecuted over 300 matters with a conviction rate exceeding 90%. Subsequently, he successfully transitioned to private practice while returning to academia as an Adjunct Professor...

The Oyez Lawyer Directory contains lawyers who have claimed their profiles and are actively seeking clients. Find more Henrico County Stockbroker & Investment Fraud Lawyers in the Justia Legal Services and Lawyers Directory which includes profiles of more than one million lawyers licensed to practice in the United States, in addition to profiles of legal aid, pro bono and legal service organizations.