Mr. Lewis appears regularly in King County Superior Court and less frequently in other counties
throughout the State. He is a member of the bar of most of the tribal courts in the State of Washington.
He also practices in the United States District Court for the Eastern and Western Districts....

Claimed Lawyer ProfileSocial Media
James B. Feldman
Tacoma, WA Native American Law Lawyer with 33 years experience
(253) 759-4555 4947 N Pearl St
Tacoma, WA 98407
Free ConsultationNative American, Criminal Defense, DUI & DWI and Traffic Tickets
Seattle University School of Law
Show Preview
View Website View Lawyer Profile Email Lawyer
James B. Feldman is an experienced trial and criminal defense attorney in Pierce, King, Kitsap and Thurston counties Tacoma and other areas of Western Washington. He is a graduate of the College of the University of Chicago and the University of Puget Sound School of Law. For twenty-eight years, he has been fighting to protect the rights of people accused of crimes both misdemeanors and felonies including DUI, domestic violence, property crimes, fraud and murder. He is a member in good standing of the Washington State Bar Association, The Federal Bar of the Western District of Washington, the... 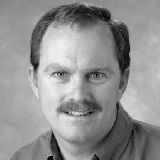 In addition to Indian law, Chuck has...

The Oyez Lawyer Directory contains lawyers who have claimed their profiles and are actively seeking clients. Find more Freeland Native American Law Lawyers in the Justia Legal Services and Lawyers Directory which includes profiles of more than one million lawyers licensed to practice in the United States, in addition to profiles of legal aid, pro bono and legal service organizations.