Whatever your rank, worldwide location, charged offense or circumstance, your military career deserves more than just a competent legal defense. We "exclusively" defend active-duty members facing courts-martial around the world.

Free ConsultationMilitary, Bankruptcy, Collections and Family
University of San Diego School of Law
Show Preview
View Website View Lawyer Profile Email Lawyer
My practice is focused is focused on resolving debt issues, protecting assets, and litigation regarding the same for individuals and small to mid size businesses. Prior to founding Washington Debt Law, PLLC, I worked at one of the largest creditor side law firms, representing financial institutions in bankruptcy, eviction, foreclosure, and litigation matters. Having both creditor and debtor side experience brings a nuanced approach in dealing with creditors as I am familiar with their tactics, budgets, resources, and how best to find an effective approach. Our major solutions focus on litigation, settlement, bankruptcy, and out of court...

Free ConsultationMilitary, Criminal Defense, DUI & DWI and Estate Planning
Seattle University School of Law
Show Preview
View Website View Lawyer Profile Email Lawyer
Attorney Shane McKinnie is a former criminal prosecutor, and has experience working for both large and small law firms in the Seattle area. Shane approaches his cases from a practical perpective and above all, seeks to help his clients solve their problems in the way that best suits their circumstances and desires.
Shane is a fourth-generation Washingtonian and military veteran. He grew up in Snohomish County and attended Washington State University where he was a member of the Honors College and president of a fraternity. Shortly after graduating from WSU, he attended Navy Officer Candidate School (OCS) and was commissioned as...

Free ConsultationMilitary
Seattle University School of Law
Show Preview
View Website View Lawyer Profile Email Lawyer
Attorney Cheryl Van Ackeren is passionate about protecting the rights of service members and ensuring that veterans get the benefits they deserve.
Long before graduating from Seattle University’s School of Law, Cheryl knew she wanted to be a lawyer. Cheryl enlisted in the Army at 18 to achieve her goal and hoped to take advantage of the “green to gold” program to become an officer, and eventually, a Judge Advocate General. Cheryl’s military career began in the signal corps with the 1st Calvary Division, Fort Hood, Tx. Her enlistment included a 15 month deployment to Iraq during the early days of...

For 24 years I've worked criminal cases, on the streets and in the courtroom, civilian and military, and at local, state, and federal levels. Along the way I've advised on a wide range of legal issues affecting military personnel and their families. Recently retired from the Army as a Lieutenant Colonel in the JAG Corps, I bring an unmatched range of experience to the table.

My services are reserved for those who serve our country and communities: military personnel, veterans, first responders, and their families.

If everything you've built--everything worked to hard to...

Military, Arbitration & Mediation, Divorce and Family
Show Preview
View Website View Lawyer Profile Email Lawyer
Mr. Getz is a 1980 graduate of the Hamline University School of Law (St. Paul, MN) and a 1976 graduate of the University of Utah (Salt Lake City, UT). He practiced law in Minnesota from 1980 to 1983 and served in the U.S. Navy Judge Advocate General Corps (JAGC) from 1983 through 1989 and is retired from the Naval Reserve. Mr. Getz has practiced law in Snohomish County since 1990. 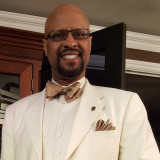 Claimed Lawyer ProfileQ&ASocial MediaResponsive Law
Keith Armstrong
Pierce County, WA Military Law Lawyer with 27 years of experience
(253) 221-0285 841 174th St S
Spanaway, WA 98387
Free ConsultationMilitary, Administrative, Business and Probate
Washburn University School of Law
Show Preview
View Website View Lawyer Profile Email Lawyer
Mr. Armstrong, formerly a govt trial lawyer with over 1000 victories and 75% win ratio in state and appellate hearings. His perspective can give you well-rounded advice because he was a prosecutor, defense counsel and advisor for WA state agencies. Some issues, he was litigated over 300 times. He knows what to advise you on 301. Mr. Armstrong helps you understand and use the strong arm of the law to your advantage. His advise is proven but more importantly, understandable. His simple background in Oklahoma City allows him to break down complete legal issues...

Claimed Lawyer ProfileSocial Media
D Christopher Russell
Spokane County, WA Military Law Attorney with 24 years of experience
(855) 707-7246 206 West First Street
Suite F
Deer Park, WA 99006
Free ConsultationMilitary, Criminal Defense, DUI & DWI and Personal Injury
Gonzaga University School of Law
Show Preview
View Website View Lawyer Profile Email Lawyer
Arizona Personal Injury and Criminal Defense Lawyer Helping Clients Nationwide for 18 Years. We are dedicated to helping seriously injured people . Our goal is to make the community a safer place for you and your family. We represent those seriously injured or the families of those killed in accidents. We strive to hold those responsible for needlessly causing harm to someone in our community. We are committed to the jury system and understand that the jury is the conscience of the community and the enforcer of community safety standards. We limit the number of cases...

Claimed Lawyer ProfileSocial Media
Mr. John William Fuhrman
Pierce County, WA Military Law Attorney with 29 years of experience
(253) 848-7788 112 West Meeker
Puyallup, WA 98371
Free ConsultationMilitary, Criminal Defense, DUI & DWI and Domestic Violence
Western Michigan University Cooley Law School
Show Preview
View Website View Lawyer Profile Email Lawyer
John grew up in Pierce County and has been practicing law in Puyallup since he began his career back in 1993. John has become well respected in his community for his legal knowledge and exemplary client service. Most of John's clients come to him by way of referrals from community members and former clients. A former Field Artillery officer in the Washington Army National Guard, John commanded a unit in Baghdad, Iraq from February 2004 through March of 2005 where he was awarded the Bronze Star Medal.

The Oyez Lawyer Directory contains lawyers who have claimed their profiles and are actively seeking clients. Find more San Juan County Military Lawyers in the Justia Legal Services and Lawyers Directory which includes profiles of more than one million lawyers licensed to practice in the United States, in addition to profiles of legal aid, pro bono and legal service organizations.