Free ConsultationMilitary and Criminal Defense
Chicago-Kent College of Law, Illinois Institute of Technology
Show Preview
View Website View Lawyer Profile Email Lawyer
I knew I would be a trial lawyer as long as I can remember. I was one of those kids growing up that loved to argue about everything and anything. Parents, teachers, siblings, it didn’t matter — and the truth is, I won most of those fights. Education I attended college at the University of Wisconsin in Madison. My studies were all focused on the necessary course work to later attend law school. During college I was the captain of the mock-trial team that won third in the nation. I majored in political science,... 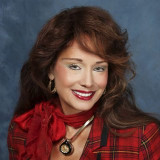 Claimed Lawyer Profile
Michael Perillo Jr
Waukegan, IL Military Law Lawyer with 40 years of experience
(847) 244-0111 25 North County Street
Waukegan, IL 60030
Military, Criminal Defense, Nursing Home and Personal Injury
Show Preview
View Website View Lawyer Profile Email Lawyer
Michael Perillo is in his 36th year of practice as an attorney. He began his career in 1983 as an active-duty JAG Officer in the U.S. Navy. In that capacity, his duties included the prosecution of Courts-Martial. He also served as Staff Judge Advocate (legal counsel) to the Commanding Officer of the Service School Command at Great Lakes, Illinois. At the time, that command was one of the largest (by population) in the entire U.S. Navy. Mr. Perillo was awarded the Navy Commendation Medal in 1987 for meritorious service as a JAG Officer.

The Oyez Lawyer Directory contains lawyers who have claimed their profiles and are actively seeking clients. Find more Hillside Military Lawyers in the Justia Legal Services and Lawyers Directory which includes profiles of more than one million lawyers licensed to practice in the United States, in addition to profiles of legal aid, pro bono and legal service organizations.