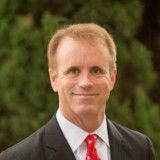 
Martinsburg, WV 25401
Free ConsultationMedical Malpractice and Personal Injury
West Virginia University College of Law
Show Preview
View Website View Lawyer Profile Email Lawyer
I am a Martinsburg trial attorney and the founding partner of Burke, Schultz, Harman & Jenkinson. As a group, we have been serving people injured due to the negligence of others in the Eastern Panhandle of West Virginia for almost 120 years combined, making those responsible for injuring others accept that responsibility. We represent those hurt and the families of people killed in all types of automobile collisions, trucking accidents, and motorcycle wrecks, as well as other cases resulting in wrongful death and injury, including medical malpractice, and dog bites, forcing those at fault--and their insurance companies--to pay. ... 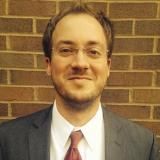 The Oyez Lawyer Directory contains lawyers who have claimed their profiles and are actively seeking clients. Find more Lorentz, West Virginia Medical Malpractice Lawyers in the Justia Legal Services and Lawyers Directory which includes profiles of more than one million lawyers licensed to practice in the United States, in addition to profiles of legal aid, pro bono and legal service organizations.