Claimed Lawyer ProfileQ&ASocial Media
Steven Pate Harrelson
Little Rock, AR Medical Malpractice Attorney with 19 years experience
(501) 476-3012 200 River Market Avenue, Ste. 600
Little Rock, AR 72201
Medical Malpractice, Nursing Home, Personal Injury and Products Liability
University of Arkansas - Little Rock
Show Preview
View Website View Lawyer Profile Email Lawyer
Steve Harrelson is licensed to practice law in Arkansas, Texas and Louisiana, and his practice areas include catastrophic injury, wrongful death, and medical malpractice. Steve practices throughout the three state region in state and federal courts. In addition to litigating complex issues inside the courtroom, Steve is also experienced in private negotiations, mediations, and seeking remedies at the administrative level. While Steve enjoys many areas of the legal arena, his passion is preparing for and engaging in the trial by jury. Steve believes in the constitutional right to trial by jury and is willing to protect and preserve this...

Claimed Lawyer ProfileQ&ABlawgsearchSocial Media
Paul Gerard Pfeifer
Little Rock, AR Medical Malpractice Attorney with 22 years experience
(501) 374-4440 111 Center St
#1200
Little Rock, AR 72201
Free ConsultationMedical Malpractice, Business, Personal Injury and Products Liability
Case Western Reserve University School of Law
Show Preview
View Website View Lawyer Profile Email Lawyer
I strive to provide personal service to each and every one of my clients. This means when you call my office, I will speak with you directly and answer any question you may have. I am on your side and will personally make sure your needs are handled professionally, quickly, and with the respect you deserve. Most cases are handled on a contingency fee basis, giving my clients equal access to justice. You will not pay an attorney’s fee unless we recover for you.

Little rock, AR 72227
Medical Malpractice and Personal Injury
Texas Tech University - Texas Tech University
Show Preview
View Lawyer Profile Email Lawyer
Medical malpractice lawyer John Polewski is the proud father of Amanda, 28, and has been married to his wife Sandi for 35 years. In addition to his law practice, Mr. Polewski is active in his community, serving on the boards of various charitable and civic organizations, as he has done throughout his career.

Little Rock, AR 72201
Medical Malpractice, Civil Rights, Criminal Defense and Nursing Home
University of Arkansas - Little Rock
Show Preview
View Lawyer Profile Email Lawyer
Litigation is our practice. If a case has the potential to go to a trial we want a chance to be engaged. If it is in our client's best interest to settle, we will do so, but only if it is the course chosen by the client. 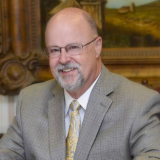 Little Rock, AR 72227
Free ConsultationPersonal Injury
University of Arkansas - Fayetteville
Show Preview
View Website View Lawyer Profile Email Lawyer
For forty years, Lamar Porter has handled all aspects of personal injury litigation (motor vehicle, trucking, defective products, and catastrophic injury cases). For the last twenty-five years, Lamar has focused primarily on medical malpractice litigation, representing patients and their families in cases against medical providers who have caused serious injury or death. Mr. Porter heads the medical malpractice and litigation section of the law firm and has been closely involved in the firm’s drug and medical device cases. He has extensive experience in handling birth injury cases (obstetrical malpractice). Although only a handful of malpractice verdicts have ever been handed...

Rogers, AR 72756
Free ConsultationMedical Malpractice, Business and Personal Injury
University of Michigan Law School
Show Preview
View Website View Lawyer Profile
From an early age, Scott has made it his mission to help others during their time of need. He has a passion for the Constitution and for seeking justice. Choosing a career as a trial lawyer was easy for Scott, because it allows him to carry out his passion of helping others during their period of personal tragedies. Scott has dedicated his entire career to becoming an advocate for personal injury victims. He truly believes that the courtroom is where many meaningful battles can be won, including standing up to unscrupulous corporations and insurance companies.

Claimed Lawyer ProfileSocial Media
Roger Alan Johnson
Rogers, AR Medical Malpractice Lawyer with 23 years experience
(479) 262-0233 811 N. Dixieland Road
Rogers, AR 72756
Medical Malpractice and Personal Injury
University of Kansas School of Law and University of Kansas
Show Preview
View Website View Lawyer Profile Email Lawyer
Roger is known as a fierce trial attorney who is passionate about practicing personal injury law. During his career, he has recovered millions of dollars for his clients. But what he values is more than accomplishing a case. It’s the satisfaction he gets when he wins a settlement for a badly injured client. This motivates him to continue in his mission of advocacy and quest for justice. Roger is a leading advocate in the field of personal injury litigation, earning recognitions from Super Lawyers®, an AV Rating® by Martindale-Hubbell®, and more. 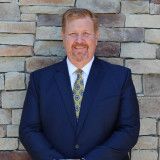 Claimed Lawyer ProfileSocial Media
J. Timothy Smith
Fayetteville, AR Medical Malpractice Lawyer with 29 years experience
(479) 587-8423 4302 N. Waterside Ct.
Fayetteville, AR 72703
Free ConsultationNursing Home, Personal Injury and Products Liability
University of Arkansas - Fayetteville
Show Preview
View Website View Lawyer Profile
A personal injury is not an isolated problem: It is a medical and financial crisis that can impact every facet of your life. Suddenly, due to the careless actions of another person, you are saddled with steep medical bills, car or truck repairs, scars and disfigurement ... and you may not even be able to return to work. At Elliott & Smith Law Firm, we provide aggressive and intelligent legal counsel to people who have been hurt in personal injury accidents. With over five decades of combined legal experience, attorneys Don Elliott and Timothy Smith have the knowledge, skill and... 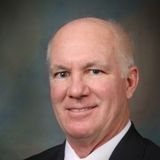 The Oyez Lawyer Directory contains lawyers who have claimed their profiles and are actively seeking clients. Find more Searcy, Arkansas Medical Malpractice Lawyers in the Justia Legal Services and Lawyers Directory which includes profiles of more than one million lawyers licensed to practice in the United States, in addition to profiles of legal aid, pro bono and legal service organizations.